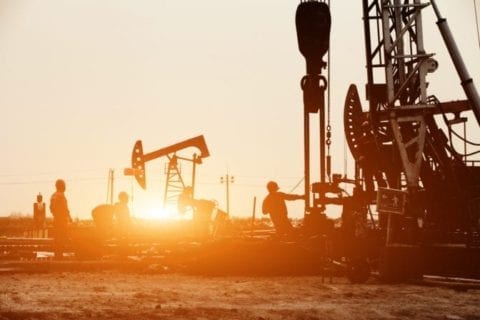 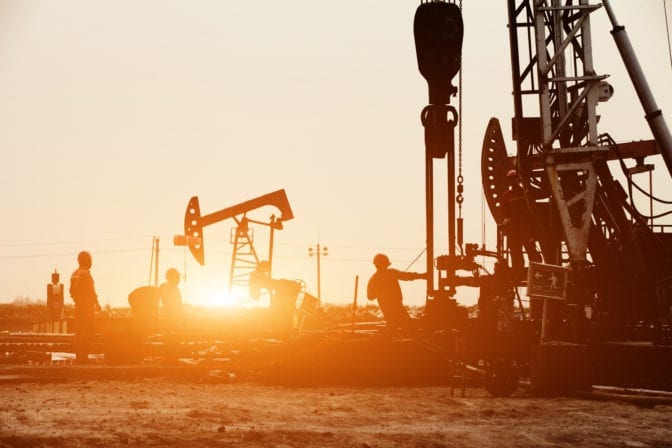 There are many hazards you and your fellow workers face in the oil and gas industry, which is why it’s crucial to be aware of oil and gas PPE standard practices. This is especially true for workers in the following fields:

Wearing the appropriate personal protective equipment (PPE) can mean the difference between life and death.

Chemicals and other liquids

Whether you’re collecting mud samples from shakers, opening pipelines, drawing water off tanks, handling sludge, treating wells, cleaning equipment parts, sampling and analyzing oil or working in a lab, you’re in constant contact with chemicals and other liquids that pose various health risks. If a workplace has unsafe atmospheric conditions, employers must provide employees with respirators so they aren’t breathing in chemicals.

Burns are also possible. Working around acids, additives, corrosives, solvents and wastewater puts you in direct contact with toxic substances, such as hydrochloric acid, ammonia, benzene, hydrogen fluoride and hydrogen sulfide. According to MCR Safety, you will need chemical gloves, a face shield and goggles when handling chemicals and opening pressurized systems.

There are many heavy and fast-moving parts in the oil and gas industry. Whether you’re repairing equipment, moving tools, unloading materials, assembling and disassembling drilling pipes, working with heavy spinning chains, lifting gear with chain hoists, operating a sledge hammer or otherwise working around equipment and loads that swing or have motor-operated valves, you’re at risk of getting struck, pinched or banged up.

According to MCR Safety, “56 percent of all recordable oil and gas incidents in 2014 were attributed to workers being ‘struck by’ and ‘caught between’ objects. Hand and finger injuries are a factor in many of these incidents. The second most common cause of fatalities in the oil and gas industry is being struck by a piece of equipment.”

Workers can be more easily seen by wearing high-visibility clothing. It’s also important for you to be aware of your surroundings at all times.

The metal components you’re welding may have jagged and sharp edges, and you’re typically working with high heat from a flame or electricity, so burns and shocks are common. Exposure to radiation is also possible, as well as respiratory-related conditions. Practice wearing the right welding protection, such as welder’s clothing, helmets and protective eye filters, at all times.

According to MCR Safety, “welding is a leading cause of worker exposure to hexavalent chromium, also known as Cr(VI).” The National Institute for Occupational Safety and Health (NIOSH) considers all Cr(VI) compounds to be carcinogens that can affect the respiratory system, kidneys, liver, skin and eyes.

When it comes to cutting objects, there is a risk of cutting your hands, so it’s important to wear gloves that offer superior cut protection.

Dust is virtually inescapable, especially if you are doing heavy construction work, performing machine maintenance or loading and unloading material.

Silica is the basic component of sand and rock, meaning silica dust exposure is common during hydraulic fracturing operations that involve pumping large volumes of water and sand into rock so oil and gas can flow into a designated well. The process involves transporting silica sand into and through sand movers, releasing dust into the air.

The Occupational Safety and Health Administration (OSHA) has classified crystalline silica as a lung carcinogen. Breathing it in can cause silicosis, which can be disabling or fatal. Once in the lungs, crystalline silica causes buildup of scar tissue, which inhibits lung function. Another danger is that conveyor sand, operating engines and motors can all get dust in your eyes, causing irritation.

Make sure you and your fellow workers practice eye, nose and mouth protection on the job site.

According to MCR Safety, explosions caused by a spark igniting certain vapors or gases are a major concern for oil and gas workers. Flame-resistant gear is mandatory across all production platforms, drilling rigs and construction barges. OSHA requires that oilfield workers wear FR clothing during the following scenarios:

OSHA also identifies tank gauging and sampling at oil and gas extraction sites as a concern for fires and explosions. This is especially true when vapor concentrations exceed 10 percent of the lower explosive limit. NOTE: Flash fires are the principal hazard during refinery maintenance and shutdowns. Temperatures can range between 1,000-1,900 degrees Fahrenheit, and a fire can last several seconds.

There is no shortage of activities in the oil and gas industry where a worker’s eyes need to be protected.  Material coming off drilling pipes, splashing chemicals, flying debris and sparks are all concerns that every oil and gas worker faces. Working outdoors in high winds further increases the likelihood of eye injury.

OSHA requires that workers wear eye and face protection when they are exposed to or at risk of exposure to flying objects, molten metal, liquid chemicals, acids, chemical gases or radiation.

According to the Bureau of Labor Statistics, there are more than 52,000 annual OSHA-recordable incidents of a person being stuck by a falling object, with 5 percent of all workplace fatalities in 2015 being due to strikes by a falling object.

For decades, companies and regulators alike have operated as if the only line of defense against objects at heights was to cover people below with hard hats or canopies – or install expensive, time-consuming systems like netting, barricades or toe-boards.

According to MCR Safety, “cuts and lacerations make up 7 percent of all oil and gas injury claims.” If you’re clearing a site, doing construction or using any type of hand tools, you’re more likely to be injured by a sharp object. Whether the task involves sanding, grinding, cutting pipe, mounting motors and pipe with metal shims or a similar task, you’ll need to protect your hands and other areas from cuts and lacerations.

According to a report in Industrial Safety and Hygiene News, 70 percent of workers who injure their hands aren’t wearing gloves. The remainder are wearing gloves that are damaged or not appropriate for the task.

When it comes to oil and gas hazards, there are very few second chances when exposed to hazardous environments. Be sure to follow these PPE standard practices on your job site.

This blog post was drafted from MCR Safety‘s original article, “Top Oil and Gas Hazards That Require PPE, from Cuts, to Dust, to Hydrogen Sulfide, to Fires and Explosions.”

How to create an effective PPE program