Lineman Lingo: Harnessing the Slang Behind the Switch 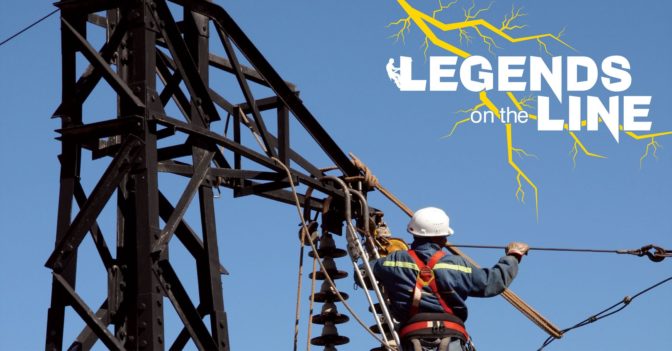 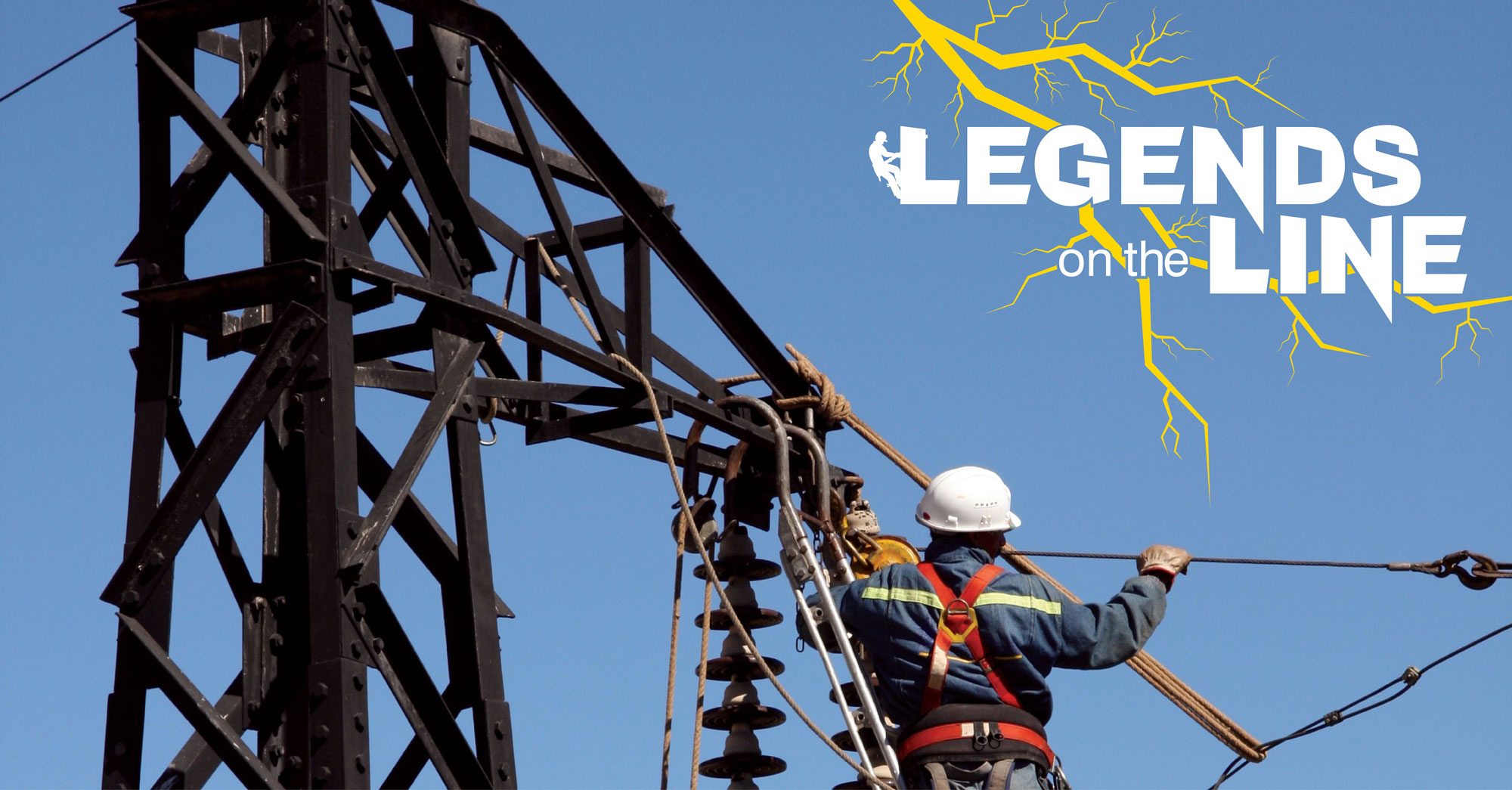 “Legends on the Line” is a series that stretches from National Lineman Appreciation Day (April 18) to Lineworker Appreciation Day (July 10), in honor of the brave linemen and linewomen who climb above and beyond to power our world.

There’s a lot of work that goes into keeping the lights on. There’s also a lot of vocabulary.

One of the many reasons electrical linemen are unique is that through decades of making sure folks have access to safe and reliable electricity, they’ve developed the talk of the trade.

While guidelines for linemen terminology vary geographically within the industry, we’ve compiled a list of our favorite Lineman’s Slang Dictionary terms below.

Use the links below to navigate the list of lineman lingo.

Alley-arm: A side arm brace that’s used when a cross-arm is not balanced on both sides of a pole but only extending out on one side.

Baker board: A platform board.

Baloney bender: A wireman who works with heavy cable.

Boomer: A lineman who leaves one job to get to the next job. (Always working on the installation of new transmission lines.

Broomsticks: Phase spacers, used to keep phases from contacting each other at midspan.

Bull pen: Where the crew gathers before and after work.

Bull wheel: A reel device used to hold tension on a transmission conductor during stringing operations.

Bulldog: A “come along” wire grip for holding a conductor or strand under tension.

Dead man: A wood pole with a U-bracket fitting for setting poles by hand without a truck. (Includes a short wood pole section, buried as an anchor – any kind of earth anchor.)

Digger bar: A long, round steel bar with a two-in chisel on one end (also called an “idiot stick”).

Drifter: A lineman who wants to see the world.

Eagle-eye: Leveling cross-arms by sight with no measuring instruments.

Elephant ears: The arc chute on certain types of cutouts for extinguishing the arc while breaking load (a triangular bracket).

Gopher: A “go for this, go for that” helper.

Half-power: A lineman working off a jag.

Headache: A vocal warning of danger. (Usually involves anything falling from a pole above.)

Jiggler: A secondary voltage tester (a glow light also referred to as a “wiggle”).

Line profile: A scaled side-view drawing of an actual line for an engineer’s review.

Liners: Cloth glove liners for hard hats in the winter.

Milking stool: A yoke used on the end of a structure for supporting hot line tension tools.

Pen and pencil set: A digging bar and spoon.

Pigtail: A leader or cable on fuse links.

Pork chop: A “come along” wire grip for a holding conductor or strand that’s under tension.

Pothead: A point where separate or overhead electrical conductors come together and continue as a cable (the termination device used on the end of an underground cable).

Red one: An extremely short distance.

Saddle pin: A cross-arm-type pin that fits like a saddle.

Save-a-climb: A universal fitting for laying lines over cross-arms and through trees with a stick.

Sawdust machine: A brace and bit (or drill).

Service drop: The conductor between a pole and terminal on a building.

Sharpshooter: A shovel with a long, narrow blade for digging holes in ground that is like clay.

Sheave: Any type of rope block.

Shoe-fly: A temporary line built to bypass a construction area.

Short hook-up: The cord and clips for an electric drill.

Sinker: A pin pushed down through cross-arm and insulator rests on a cross-arm.

Sister-eye: The eyebolt or anchor rod eye for a guy strand or insulator.

Skywire: A ground wire on top of poles and towers that protects the lines from lightning.

Spoon: A cup-shaped shovel with a long handle.

Squirrel cage: A steel bracket mounted on a pole to support line conductors.

Staking: To survey and mark locations for each new line pole.

Stinger: A wire from cutout to transformer (a boom extension).

Strong arm: A chain or strap hoist for pulling wire.

Tagline: A rope used to tie off line or to control load being lifted.

Three-phase set: A spoon, spade and shovel – all designed for different uses.

Tongs: These usually refer to pole tongs, which are used for controlling a pole when setting (insulated wire tongs used for supporting or moving an energized conductor).

Transformer bank: A group of two or three transformers at the same location that are connected to the same circuit.

Traveling ladder: A wooden ladder with fiber rollers that is generally used when work or inspection must be done on transmission hardware or a conductor.

Weatherhead: The top of the conduit that contains the customer service conductors, constructed so it will resist the wear of rain, sun and other elements.

Wire twister: An inside electrician.

Wiggle wire: Any kind of formed wire used for securing conductors to insulators.

This article was written in partnership with Hubbell Power Systems and originally published on April 18, 2018. It was updated and republished on May 12, 2021.

How to Install Power Distribution Connectors in Icy Winter Conditions

Utility Wood Pole and Crossarm Preservation in a Post-penta World