Utility Wood Pole and Crossarm Preservation in a Post-penta World 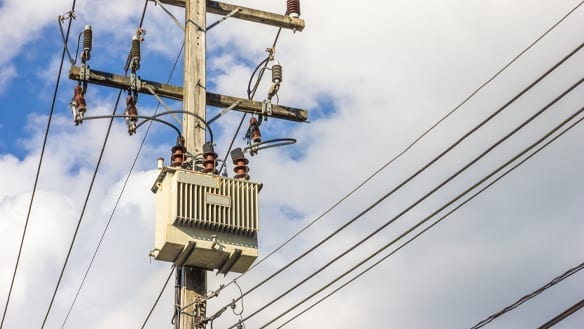 If you use pentachlorophenol-treated wood utility poles and crossarms, you’ll soon need to switch to a new preservative.

The good news is that there are promising alternatives. You’ll still be able to protect your utility infrastructure from pests and decay — you’ll just need to use a different preservative.

Why Won’t Penta Be Available?

Pentachlorophenol, the wood preservative commonly known as penta, will soon no longer be a treatment option for wood utility poles and crossarms.

As a restricted use pesticide, penta hasn’t been available to the general public since 1987 because it is a probable carcinogen. Its primary use in the U.S. has been for the treatment of utility poles and crossarms.

In 2019, however, the only producer of penta in North America announced that it would close its plant at the end of 2021.

Seeing an opportunity, the U.S. Environmental Protection Agency proposed in March 2021 to cancel all uses of pentachlorophenol in the U.S.

With these changes, it’s a good time to learn about other wood preservatives.

Before we dive into the individual products, though, let’s look at the differences between waterborne and oil-borne preservatives and restricted and general use pesticides.

Due to their chemical composition, you can’t use waterborne preservatives on Douglas fir trees. Oil-borne treatments, on the other hand, are available for Douglas fir in addition to the other softwood species.

Since penta is an oil-borne preservative, you’ll want to choose an oil-borne option if you want a close substitute for penta. DCOI is the most similar to penta, but creosote and copper naphthenate are also available.

Restricted vs. General Use Pesticides

If the EPA wants to limit usage of a pesticide, it categorizes it as a restricted use pesticide.

Generally, this classification prevents the pesticide from use in residential applications and restricts it to specific commercial uses.

CCA is heavier than oil-borne preservatives and can result in increased breakage due to brittleness. CCA-treated poles are also harder to climb than penta-treated poles because the wood is harder to penetrate.

CCA and CCA-ET are accepted by the Rural Utilities Service. The EPA has restricted use of these pesticides to commercial applications.

Commonly used for railroad ties, the coal-tar version of creosote has a long history of excellent performance. It is the oldest commercially used wood preservative.

Creosote has a darker appearance than penta, but its effectiveness is similar. Wood treated with creosote does have an oily surface and a strong odor, though, which can be unpleasant for line workers.

The EPA classifies creosote as a restricted-use pesticide, so it can only be used in outdoor settings for commercial purposes. It is also accepted by the Rural Utilities Service.

Copper naphthenate is an oil-borne preservative. Like creosote, it has a strong odor, but its appearance is similar to penta.

Copper naphthenate is listed as a general use pesticide and is accepted by the Rural Utilities Service.

DCOI, which stands for dichloro-octyl-isothiazolinone, is the newest treatment option and perhaps the best alternative to penta.

The appearance, effectiveness and price of DCOI are like penta, and it has virtually no odor.

DCOI is more environmentally friendly than penta. DCOI is nonpersistent in the soil and readily breaks down into harmless compounds. DCOI is classified as a general use pesticide, and wood treated with DCOI can be used for cogeneration.

While DCOI is new, it is well tested. DCOI has been used in residential lumber for more than 10 years, as well as in paints, marine antifoulants and algaecides. The producer of DCOI is also offering a 50-year limited warranty against structural damage caused by termites and decay.

After conducting a 28-year stake test, the Electrical Power Research Institute found that “DCOI is a viable current alternative for treating wood utility poles to provide preservation and ecological performance that meets or exceeds current products.”

DCOI is currently undergoing review by the Rural Utilities Service, but final acceptance is expected soon. Until then, you can obtain a separate letter from RUS to use DCOI wood poles and crossarms.

The Wood Preservative with the Best Value

Other factors aside, cost may be a deciding factor for which treatment option your utility chooses.

Here’s a breakdown of how much each preservative costs compared to penta.

Cost isn’t everything, though. When you look at which preservative is the best value, you need to look at which option is best in your area.

Stella Jones, the largest wood utility pole supplier in the U.S., will continue offering each preservative option, and other pole manufacturers are expected to do the same. Wood crossarm manufacturers Brooks and Hughes Brothers will be switching completely to DCOI.

Penta may be on its way out, but utility pole and crossarm preservation isn’t.

If you have any questions about the transition away from penta, reach out to an account manager at your local Border States branch.