The Benefits of FR3 Fluid vs. Mineral Oil for Distribution Transformers 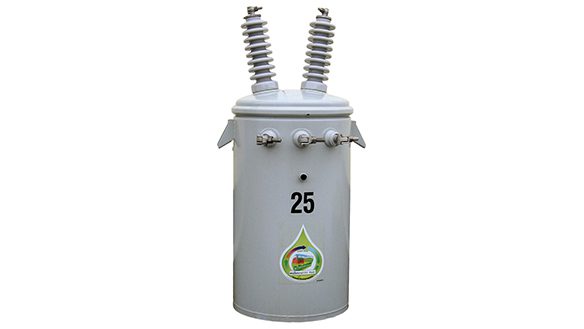 FR3 fluid has been around since the early 1990s and is the primary alternate dielectric fluid to mineral oil in the United States.

While FR3 fluid does have a higher first cost than mineral oil, the benefits far outweigh the initial cost difference.

FR3 fluid is also classified as non-propagating. This means it is self-extinguishing and won’t continuously burn if ignited.

Finally, FR3 fluid is 100% biodegradable and has over 99% biodegradation within 28 days. FR3 fluid is a natural dielectric fluid derived from vegetable oil and is reclaimable and recyclable. It doesn’t contain any petroleum, halogens, silicones or sulfurs.

FR3 fluid is nonhazardous and nontoxic in soil and water. Since FR3 fluid is much more environmentally friendly, you can save a lot of money in remediation costs if there is ever a spill.

However, this doesn’t mean FR3 fluid can’t be used in areas that reach temperatures below -6° F, as the heat generated from the transformer is generally enough to keep fluid temperatures above the pour point.

Once FR3 fluid goes below its pour point, it will start to gel. The higher viscosity of the fluid can potentially restrict the operation of moving components.

But even if FR3 fluid starts to gel, it is still able to flow below its pour point. FR3 fluid retains its dielectric strength to at least a temperature of -58° F.

We’ve had a couple customers in cold, high elevation regions experience issues with FR3 fluid. However, those instances involved transformers in remote areas with very little load, and they occurred when the temperature remained significantly below FR3’s pour point for several days.

At the same time, we have customers who see temperatures below -30° F that haven’t had issues with FR3 fluid.

Choosing FR3 fluid can extend the life of your transformer and increase safety. The higher cost of FR3 fluid compared to mineral oil is offset by these benefits.

To learn more about FR3 fluid options for your service area, reach out to an account manager at your local Border States branch.

How to Increase the Return on Your Distribution Transformer Investment

How to Choose a Surge Arrester: 4 Factors to Consider