How to Increase the Return on Your Distribution Transformer Investment 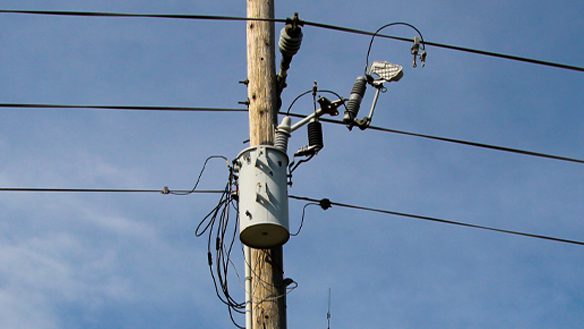 Distribution transformers are one of the largest spending categories for an electric utility. As a result, it’s easy to look at the purchase price of a transformer and choose the lowest option.

But while the lowest-priced transformer may mean paying less today, you may pay more in the long run. In this article, we will talk about design features you can add to your specification and protection options that will extend the life of your transformer and save you time.

Calculate the true price of a transformer

Whether you buy off the base price or use a loss evaluation formula, choosing a well-designed and well-protected transformer will extend the life of your transformers.  This will save you time and money by not having to send crews out to repair or replace transformers that didn’t meet their life expectancy.

Lightning round: The most common cause of transformer damage

Before we get into how to increase your transformer’s life expectancy, let’s examine one of the main culprits of shortened transformer life: surges.

While surges can be generated by switching, capacitors, inductive device discharges (motors, transformers, etc.) ground faults, outage reductions and loose connections, one of the most common and destructive sources of surges is lightning.

In a few areas of the country, utilities don’t have to worry about lightning. However, this is not the norm. Most utilities need to protect their transformers against lightning surges.

If your state is especially lightning-prone, you may need additional precautions. According to The Weather Channel, Florida had the most lightning events in 2019 with 228 per square mile. It was closely followed by Oklahoma, Missouri, Texas and Louisiana.

Six ways to get the most out of your investment

By choosing a high-quality design, you can increase the return on your transformer investment and decrease maintenance costs.  Here are six features to consider when selecting your transformers and protection equipment.

While both types use windings to change the voltage on the primary side to another voltage on the secondary side, there are some differences between the two.

The main advantage of using interlaced windings is protection from surges coming through the secondary terminals. Interlaced windings accomplish this by splitting the surge into opposite directions and creating opposite magnetic fields that cancel each other out.

Interlaced windings also allow for lower inductance between the windings. This limits the voltage on the high voltage windings and allows a fast current flow to ground.

According to a study done by IEEE (Transaction on Power Apparatus and System, Vol. PAS-101, Issue: 9) single-phase transformers with shell type designs using a noninterlaced 120/240 V rating are most susceptible to failure. Shell type and core type designs with interlaced low voltage windings are least susceptible.

Learn more about the difference between core and shell type transformers.

Here are several tips for choosing an arrester:

To learn why we recommend these specific features, see the article How to Choose a Surge Arrester: 4 Factors to Consider.

Conventional transformer with a cutout

A conventional transformer with a cutout has several advantages over a CSP transformer.

A CSP transformer has additional weight from the internal components and typically needs more oil.

The cutout door provides an easy visual indicator to see if the cutout fuse link is blown, and if so, it can quickly be replaced.

3. A conventional transformer doesn’t have a secondary breaker.

The breaker linkage tends to have adjustment issues that require line workers to take the lid off the tank and adjust in the field. This issue is commonly caused by movement when transporting the transformers.

Additionally, a secondary breaker causes the CSP transformer to have higher winding losses than a conventional transformer. While the increase in losses on units 50 kVA and below are negligible, they do become more significant on units 75 kVA and above.

4. The interrupting capacity of a cutout is greater.

If you want to extend the life of your transformer, FR3 fluid is a wise choice despite the higher upfront cost. The benefits of FR3 compared to mineral oil include:

The one disadvantage of FR3 fluid compared to mineral oil is that it has a higher pour point of -6° F, compared to mineral oil’s -40° F. However, the heat generated from the transformer is generally enough to keep fluid temperatures above the pour point. Even if the temperature goes below the pour point and the FR3 fluid starts to gel, it retains its dielectric strength to at least -58 °F.

Learn more about the benefits of FR3 fluid over mineral oil.

A good paint finish isn’t something that you can add to a transformer spec, but it is important to pay attention to because rust can significantly reduce the life of a transformer.

If you have transformers in a highly corrosive environment, such as near an ocean, an industrial plant or a road that is heavily salted during the winter, it may be a good idea to switch from mild steel to stainless steel. There will be a premium for stainless steel, but it could be worth the extra upfront investment.

Replaceable studs in the primary bushing wells won’t extend the life of a transformer, but it will save you time if you break the stud while inserting the bushing.

Maximize the life expectancy of your transformers

Transformers make up a significant portion of an electric utility’s total spend, so getting the most out of your investment is important.

To recap, these factors can extend the life of your transformers and save you time:

To learn more or discuss other transformer options, such as tap changers, load break switches, stenciling and more, connect with an account manager at a Border States branch near you. They can help you find the solution that provides the best value for your service area.

How to Choose a Surge Arrester: 4 Factors to Consider

The Benefits of FR3 Fluid vs. Mineral Oil for Distribution Transformers