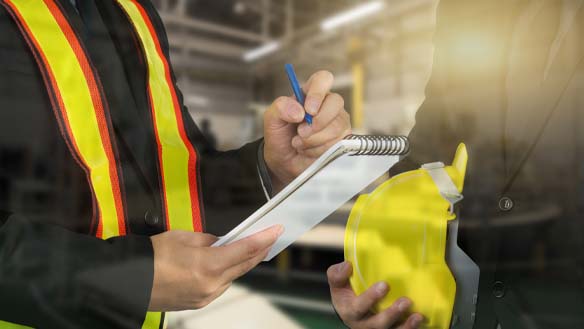 Have you heard the rock n’ roll phrase, “If there are any brown M&M’s backstage, the band won’t go on stage”?

This phrase is about the band Van Halen. Van Halen had a contract about the size of a small book that the event promoter was supposed to read and follow.

One part of the contract included a list of “munchies” that should be available backstage, including potato chips, nuts and pretzels. The list was unsurprising except for one line: “M&M’s (WARNING: ABSOLUTELY NO BROWN ONES).”

Most people think this line demonstrates how extravagant and outlandish rockstar requests can be. However, the band disclosed years later that they did this for safety precautions.

Due to the size of their show’s lighting, stage and stunt acts, safety was a major priority for the band. Steve Jones writes, “Without specific guidelines, old floors could buckle and collapse, beams could rupture, and the lives of the band, their crew and fans could be at serious risk.”

One way the band could tell if the contract was read was to include the line about brown M&Ms. If the band went backstage and brown M&M’s were present, they knew they had to do a serious line check to make sure the venue was safe.

Van Halen used the presence of brown M&Ms as an indicator to use the Stop Work Authority process.

Stop Work Authority is the principle that all workers have the authority and responsibility to stop work when they notice a potential safety risk.

These four steps of stop, notify, correct and resume are important for addressing safety concerns properly.

No matter your role, you can use this process to ensure a safe working environment. If you have a concern or question about safety, never hesitate to bring it up.

3 Ways You May Be Wearing Hearing Protection Incorrectly

What is an OSHA Recordable Injury and How Does It Impact My Business?