Phillips vs. Allen vs. Robertson: The Basics of Screws (and Screwdrivers) 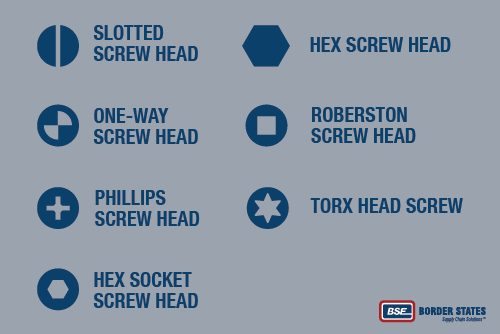 When someone thinks of a screw, a specific picture probably comes to mind. Many will think of an inch-long piece of metal with spiral threads and a Phillips or slotted head. However, there are dozens of types of screws, all a different combination of multiple features. The material, thread, head shape and tool used to drive the screw can be mixed in different ways to create another type of screw.

The length, depth and angle of a screw’s thread often depends on the materials in which it’s meant to be used. For example, machine screw threads are finer and partnered with a nut or tapped hole, while wood screws have a deeper thread. Sheet metal screws also have coarse threads like wood screws but tend to be shorter. High-low screws have two sets of threads with alternating heights. 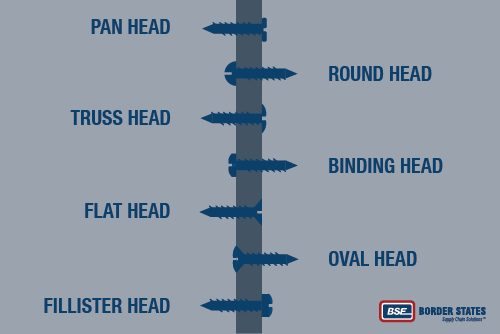 Many don’t realize there are about 20 different head shapes for screws, because fewer than 10 are popularly known by homeowners. Pan heads offer a high outer edge with a large diameter, and in many cases they have replaced round, truss and binding heads. Round heads used to be the most common screw head, but they’re no longer recommended for new design, as the pan head is more effective. A truss head, also called an oven head, has a low edge with a large diameter. A binding head has a medium to low edge with an undercut beneath the head to get rid of fraying from stranded wire.

Other common screw head shapes include: the flat head, which angles upward so it can be flush with the surface after being fastened; the oval head, which is also known as the oval countersunk and is the same as a flat head but with a rounded top; and a fillister head, which has a small diameter but high edges with a deeper slot for the driving tool.

There are various tool-shaped indentations that can appear on screw heads, each requiring a specific tool. Slotted screw heads are still the most common and use a flat-head screwdriver. One-way heads are technically a variation on slotted heads. They can be tightened with a flat head but need a special tool to remove them.

Phillips heads have a cross-shaped tool indent. Hex socket screws require an Allen wrench, while hex screws are entirely hexagonal without an indent for a tool, meaning it needs a wrench or socket wrench. Square indentations are also known as Robertson screw heads and require a special driving tool. A torx head has a six-pointed star tool shape, which requires a torx screwdriver.

Chain Grades: What’s the Difference?
How To Create Engaging Safety Lessons
6 Ways to Enhance Your Safety Training
How to Choose the Right Band Saw Blade
Motor Bearing Failure Troubleshooting with a Vibration Tester
Your Machines Can Burn Out: Are You Prepared to Prevent Downtime?
Tapping vs. Drilling: What’s the Difference?