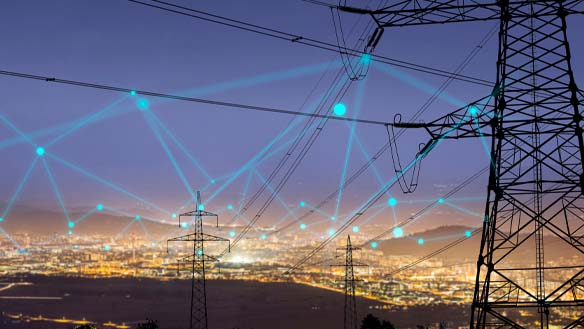 Every year, millions of people in the United States are impacted by natural disasters that tear through the country. Since 1980, our nation has suffered from 308 weather and climate disasters that individually reached or exceeded $1 billion in damages, amounting to a total cost of nearly $2.1 trillion over the last 41 years.

A significant portion of the costs from these billion-dollar disasters represents damaged utility infrastructure. Powerful storms have the capacity to take large populations off the power grid, leading to extended outages and even loss of life.

With the increasing frequency of billion-dollar disasters, your utility needs a resilient communications network to help you through the worst of crises.

Disasters are increasing in frequency

Year to date, there have been 18 natural disasters in the United States that have each surpassed $1 billion in restoration expenses. These disasters include: 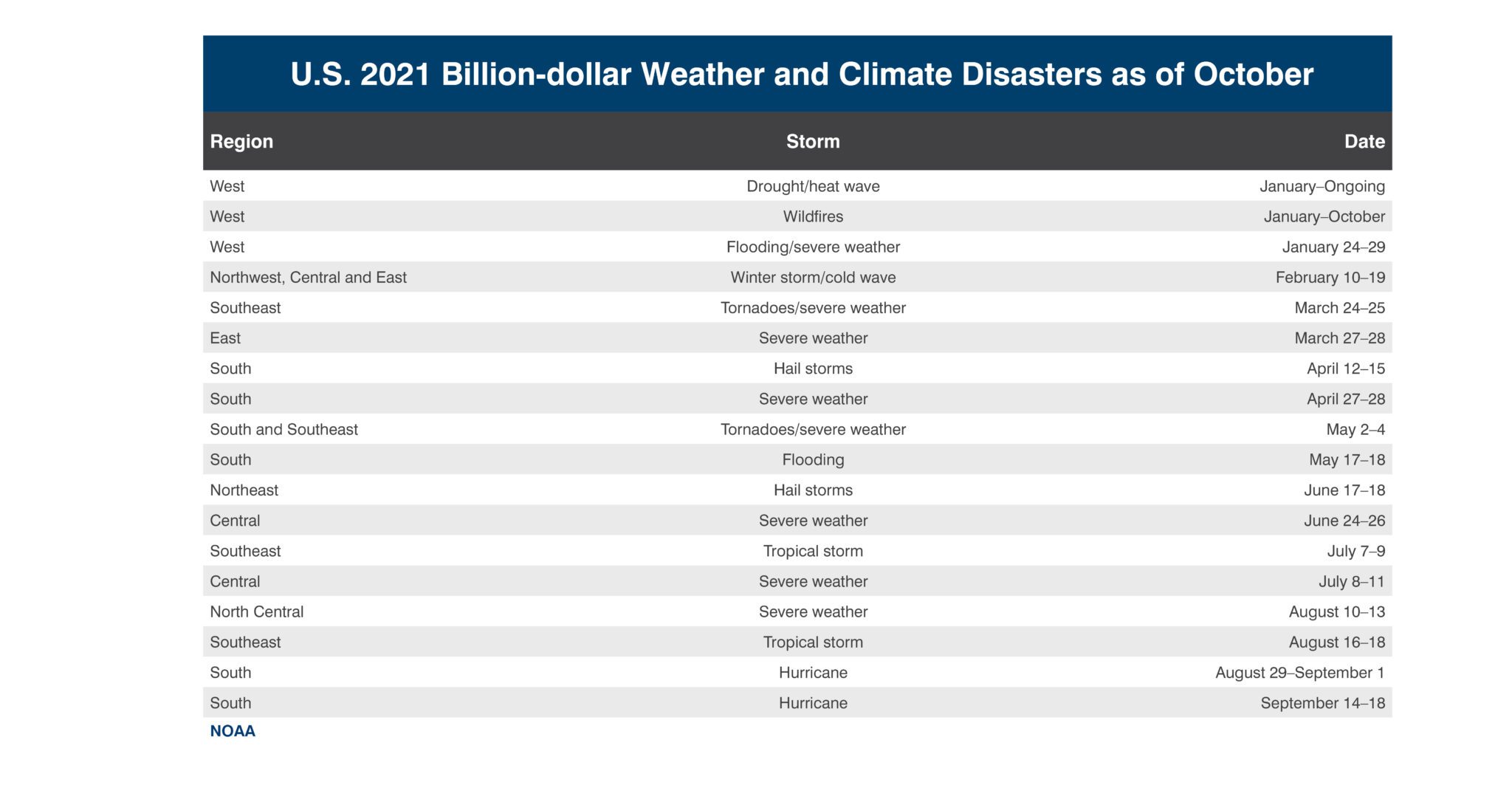 To put this year’s number of billion-dollar disasters into perspective, the average number of annual disasters (since 1980) is a mere seven events — much lower than what our nation has experienced in recent, outlier years (e.g., 2021 (18); 2020 (22); 2019 (14)). Not only does this reflect the magnitude of how many lives are put in danger every year, it’s a sign that your network resiliency needs to be closely monitored and reinforced, so you can prepare accordingly for future disasters.

How disasters affect the power grid

Failing to properly prepare for potential disasters can lead to fatal consequences. In February 2021, the state of Texas faced a crisis after falling victim to crippling winter storms that left over four million people without power for several, consecutive days.

Debate behind the statewide power outages stems from the Electric Reliability Council of Texas (ERCOT), which is responsible for regulating electricity throughout the state. According to ERCOT’s worst-case climate scenario, “14 GW of electricity would go off-line” — in reality, February 2021 winter storms caused 30 GW to go off-line.

During this devastating power outage, over 100 lives were lost, many suffered from property damage and water supplies became contaminated. This highlights just how critical it is for utilities to achieve strong network resiliency, so they can restore power as quickly as possible.

The importance of network resiliency

While you can’t prevent weather- and climate-related disasters, you can plan ahead and develop alternative solutions for events that would otherwise overwhelm your preparation efforts.

If your communications network breaks down, you’ll be unaware of the status of devices on your grid. This will slow your responsiveness to damage caused by a storm or natural event. As utilities are being tracked more thoroughly for electric reliability and grid resilience, it’s important to focus attention and resources to improve power restoration timeliness and avoid fatal consequences.

There are two ways to classify a network failure: nonemergency and emergency. In cases of a nonemergency network failure, communications are prevented from reaching their network radius and utility power grids are unable to distribute energy resources for power restoration.

Emergency network failures (e.g., severe storm damage) can be defined as a major, prolonged loss of communication resulting from significant, costly damage to a utility or series of utilities (e.g., power lines). The February 2021 Texas power outage is a textbook example of a tragic, emergency network failure; utilities were unresponsive for days, leaving citizens to face three brutal, winter storms without the protection of electricity.

To be proactive on reparations — for example, if a tornado severely damages power lines and eliminates visibility to a substation — power can be redirected or shut off to a particular area, eliminating the problem portion of the network and restoring power (and communications) quickly. However, an even better method for ensuring network resiliency is using a multifaceted network.

The benefits of multifaceted utility networks

When it comes to finding the best approach to solve weak network communications, keep in mind that there isn’t a one-size-fits-all solution; a solution for fixing one weak network will not always fix the weakness in another network. Instead, focus on creating a combination of different communication mediums to make your network resilient.

A simple solution can be overlaying a physical, fiber optic network with a wireless network and running the networks in parallel. This network combination permits communications to continue even if physical infrastructure is damaged. By investing in a private wireless network, you’re not beholden to an individual technology, but fortified by a strong, multi-technology approach delivering resilient communications.

A private wireless mesh network using radio technology installed on mobile and fixed infrastructure creates a “blanket” of coverage in which network nodes communicate with their peers simultaneously, delivering a network that can instantly adapt to interruption from noise, physical damage or even loss of power. In the case of severe storm damage where multiple physical locations — such as transmission lines, antenna towers, etc. — are destroyed, mobile nodes (e.g., fleet vehicles, tethered drones, etc.) can be introduced to provide a radio relay for the network and aid in restoration.

A great example of when a wireless network would have been extremely useful was Winter Storm Uri, which hit several regions of the U.S. during February 14–15, 2021. The storm not only took out cellular infrastructure, but it also took down several private networks. Using a wireless mesh network, a utility could have restored their network and revitalized the damaged infrastructure using mobile nodes, such as those installed in fleet vehicles.

Ultimately, utility performance is measured by the number and duration of outages; minimizing both is critical to customer satisfaction and avoiding regulatory penalties. The key to reliable power delivery is a reliable network.

Wireless mesh network can help deliver the resilience needed to meet such demanding requirements, providing a reliable, real-time communications link to the utility field devices needed for up-to-the-second insights into system statuses, remote analysis and rapid restoration — even helping to predict failures before they occur.

In short, don’t test your luck with a single network; odds are, the next catastrophic weather event is right around the corner. Strongly consider a multi-technology approach in your network design to best prepare.