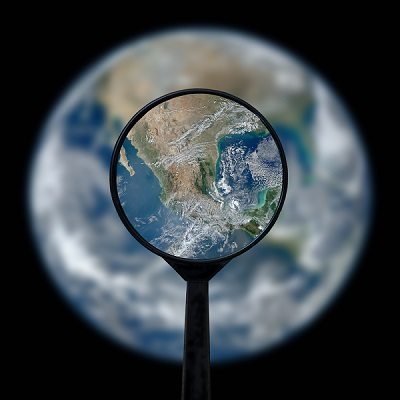 It’s impossible to discuss the global forecast regarding natural gas without focusing on major changes within the U.S., which has drastically increased its oil and natural gas production in recent years. More efficient drilling methods, in conjunction with bountiful formations, will soon allow the U.S. to become a net natural gas exporter and a bit further down the road, a net energy exporter overall.

While demand and supply may increase in the U.S., countries around the world face greater need without necessarily having the resource at home.

The need for natural gas and liquefied natural gas is higher around the globe for a variety of reasons. China, Japan and other Asian nation’s continue to see growing populations, which leads to rising demand for energy. BP predicts global population growth by 2035 will cause 1.6 billion more people to need energy, according to the company’s Energy Outlook. Japan’s reliance on LNG increased since the country determined not to return to using nuclear power following the Fukushima disaster, American Gas magazine reported.

However, due to high natural gas prices last year, overall demand for gas fell slightly in Asia recently, according to the International Energy Agency. Though prices have decreased, demand for energy has shifted many nation’s focus back to coal.

Outside of Asia, many nations are focusing on sustainability and reducing pollution and want to reduce their use of coal and oil products. Natural gas is a clear, cleaner alternative, in addition to solar, wind and hydropower.

Overall, the IEA anticipates global demand for natural gas to increase 2 percent each year over the next five years – lowered from the previous 2.3 percent projection made in 2014.

Global need for natural gas will rise, but transportation is the sector with the fastest growth in demand, according to BP. Transportation is a small portion of use, but its share of natural gas consumption will increase to 3 percent by 2035. Industry will retain the greatest demand, followed by power and other needs.

Many European nations heavily rely on natural gas imports for energy, and much of these resources are derived from Russia, The New York Times reported. Though natural gas connects certain countries to Russia, many of these nations, including Ukraine, Poland and Lithuania, continue to look toward other energy sources, such as solar and wind power, as well as different nations’ gas exports, to decrease their reliance on Russia. Over the coming years, some European countries may take on various pipeline projects or increase the purchase of LNG imports from outside of Europe, including from the U.S., to shift away from Russian supplies.

Further Down the Road

BP determined the demand for various resources will change, but by 2035, the world will see a more balanced and diversified energy portfolio. Coal demand will still be high, but fossil fuels will remain the most popular form of power generation. The share of natural gas in the market will increase while oil decreases, meaning there will be no dominant fossil fuel.

Over the next, five, 10 and 15 years, natural gas demand will fluctuate based on environmental, political and cost factors. However, it’s clear from multiple reports that global demand for natural gas is likely to rise, and the U.S. will be in a solid position to benefit as it moves toward exporting energy.