Drones Are the Latest Tech to Catch Utilities’ Interest 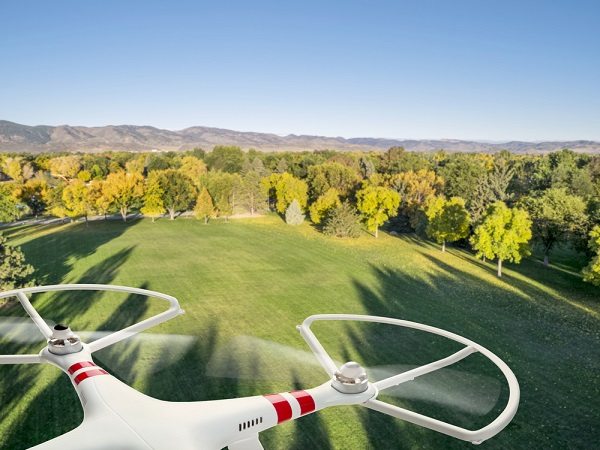 Technology is constantly paving the way for utilities and energy companies to improve operational efficiency and worker safety. The cloud, wireless technology and tougher mobile devices have all served to improve visibility into operations, increase transparency in the supply chain and even boost communication throughout remote regions of the world.

Wireless capabilities continue to expand beyond phones and tablets, and the development of unmanned aircraft systems – more commonly known as drones – is the newest technological advance to benefit the energy industry.

SDG&E was the first utility in the U.S. granted permission by the U.S. Federal Aviation Administration to use drones for research and training, according to Intelligent Utility.

One of the main reasons why utilities and other commercial energy businesses are interested in drones is that they are potentially cheaper to use than current equipment.

For example, using a helicopter to inspect terrain or distribution lines can cost tens of thousands of dollars in fuel and personnel wages, but a company can purchase a drone for less than $20,000, Exon stated, according to Utility Drive.

Drones can be outfitted with imaging systems and cameras to gather extensive data and create 3-D imaging – tasks that are difficult to complete with workers on the ground.

Additionally, when businesses use drones to inspect terrain or distribution lines, the companies need fewer workers and vehicles in the area to gain a full account of the region or equipment, and the devices improve worker safety because companies don’t have to send employees to areas that could be risky.

SDG&E’s success story didn’t come easy, Intelligent Utility reported. While drones have the potential to reduce costs and keep workers out of harm’s way, utilities have a long road ahead of them before they can begin to use drones in the field.

Utilities and other energy companies must work closely with the FAA to gain approval for commercial flight operations. Next, businesses should work with the Flight Standards District Offices and the Manufacturing Inspection District Offices to learn about the necessary maintenance and training for their devices.

Additionally, all drones must be flown by an FAA-certified pilot and be observed by an employee with ground training, which means companies need to hire qualified personnel or provide training before their drone program can get off the ground.

On top of federal regulations for drone use, companies must be aware of bird flight patterns in their region so they don’t disturb or potentially harm endangered species.

Hurdles Not Holding Utilities Back

While approval for using drones may take a few months, ComEd is another example showing it’s possible to gain the necessary approvals. ComEd received FAA approval to use drones in its current operations in March, Smart Grid News reported.

ComEd plans to use drones to fly over and inspect power lines and substations. In the future, the company hopes to add infrared cameras to the drones so it can quickly identify hot spots on power lines.

Expect Regulations in the Future

The FAA is actively working to integrate the use of drones into commercial flight activity in U.S. airspace, and released proposed rules in February.