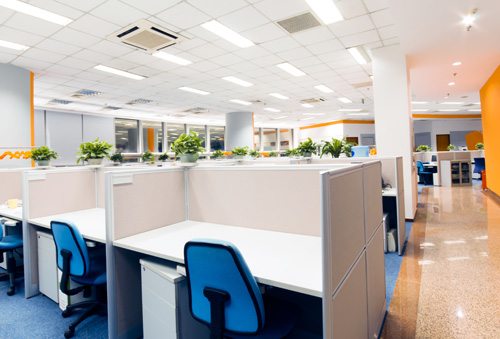 LED lamps save energy and have longer lives than other lamps, but that doesn’t automatically make them the best fit for an application.

Other product features of the lamps matter, too, such as aesthetics, lumen output, beam power, light distribution, dimming capabilities, Energy Star compliance and much more. You have to assess all these features to determine which LED lamp is right for your application.

And as replacement opportunities increase, it is important for contractors to understand the benefits of LED to capitalize on the trend that is only predicted to grow.

The Energy Independence and Security Act of 2007 made certain common incandescent lamps illegal and caused them to be phased out of the market between 2012–2014. Because of these industry-wide changes and their environmental benefits, the production and use of LED lamps has grown exponentially.

“The growth of LED lamps has far surpassed any other technology transformation seen in the lighting industry,” product portfolio manager for Cree Jeffrey Hungarter stated in an article in tED magazine.

Understanding the benefits of LED compared to other lighting options may be a way to help your customers understand why they should consider LED when they upgrade their lighting systems.

Compared to incandescent and halogen lamps, LEDs can provide energy savings of up to 85 percent and have longer life spans of 25,000–50,000 hours. They’re environmentally friendly because they don’t contain mercury and produce little to no heat or ultraviolet light.

One of the many benefits of LEDs is that they can be used with dimmers and digital technology. LED lamps can be programmed to change color tones to reflect the lighting expected from incandescent lamps, can be wirelessly controlled from a remote and can be connected to motion sensors.

The color rendering index (CRI) of LED lamps are generally similar at 80 but can be lower than in some incandescent lamps. A CRI over 90 would be more similar to an incandescent lamp. Also, while LEDs are capable of dimming, it may be different than what a consumer expects from incandescent or halogen bulbs.

Because CRI and dimmability can vary in LEDs compared to other types of bulbs, you should refer to sample products to evaluate the use of LED lamps for your specific applications.

The selection and quality of LED lamps will only continue to grow as new construction and retrofits require new technology.