How RF Spectrum Changes Could Impact Your Utility’s SCADA System: What You Need to Know 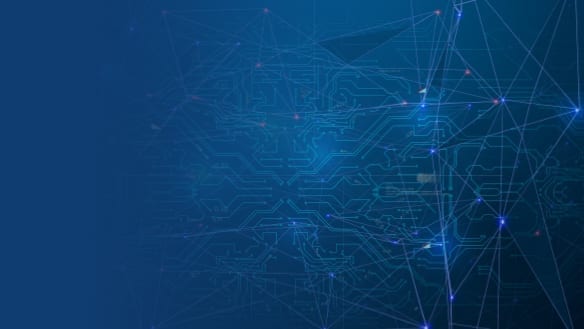 Every day, you rely on a SCADA system to be your eyes and ears in the field.

If a circuit breaker trips in a substation or a gauge detects a natural gas leak, you trust your SCADA system to alert your technicians.

But what if the signals from the field couldn’t reach the supervisory computers? Something could go wrong, and you’d have no clue.

That’s why you need to know about two major regulatory changes to the radio frequency (RF) spectrum.

When the Federal Communications Commission (FCC) adjusted the allocations of the 900 MHz and 6 GHz bands, the decisions had major implications for many SCADA systems used by electric and natural gas utilities.

In this article, we’re sharing key information from a webinar we hosted in partnership with Rajant.

The webinar features insights for utilities and oil and gas producers from Greg Kunkle, a telecommunications regulatory expert and partner at Keller and Heckman, and Erfan Ibrahim, a cybersecurity specialist who holds a doctorate in nuclear engineering and is the founder and CEO of The Bit Bazaar.

Keep reading or check out the webinar by clicking the button below.

Hear from two industry experts about recent changes to the
allocation of radio frequencies.

Many electric and gas utilities — perhaps including yours — use the 900 MHz band for sending and receiving data from SCADA systems. Other business and industrial licensees using the band include land transportation, manufacturing and petrochemical companies.

Essentially, the FCC reorganized the band for more efficient usage. The RF spectrum has a finite number of channels available, and increasingly, more technologies require radio communication. This change allows the FCC to do more with what they have.

What this means for utilities:

The realignment of the 900 MHz band is great if you want access to more broadband. Utility broadband license provider Anterix is set to gain ownership of most, if not all, the broadband in this segment by negotiating with existing narrow band users.

But if you currently use narrow bands in the 900 MHz band, the change is less optimal.

In the past, licensees were scattered across many narrow bands, so you didn’t need to worry much about interference.

Now, the 159 narrow bands that weren’t swallowed up by the broadband segment will be more crowded, creating noise.

Furthermore, if you’ve been using the section of the 900 MHz band that’s now allocated to broadband, you’ll likely need to relocate to other channels.

What you should do:

First, check the radio frequency of your SCADA system and other RF equipment. If you’re not operating between 896 and 901 MHz or 935 and 940 MHz, this change won’t affect you.

If you are operating between those frequencies, set up a system to monitor noise levels on your radio channels. This will tell you if your equipment is experiencing interference from competing signals.

You can also benefit from RF solutions that transmits multiple frequencies at the same time. If a frequency within the 900 MHz band or any other band experiences noise, the system will use a different frequency to continuously communicate SCADA information without interruptions.

Change #2: Unlicensed Use of the 6 GHz Band

Like the 900 MHz band, many utilities use it to transmit SCADA data.

In April 2020, the FCC opened the entire 6GHz band to unlicensed use.

The main purpose of this change was to expand the nation’s capacity for fast Wi-Fi. According to the FCC, “These new rules will usher in Wi-Fi 6, the next generation of Wi-Fi, and play a major role in the growth of the Internet of Things.”

To reduce interference issues caused by unlicensed use, the FCC also divided devices that want to use the spectrum into two classes: standard and low power.

Standard power devices include any device used for outdoor Wi-Fi. These devices can only operate in part of the 6GHz band, must have geolocation capabilities and must use automated frequency controls (AFC).

Low-power devices, on the other hand, can only be used for indoor Wi-Fi. They can operate anywhere on the 6 GHz band and do not need AFC.

What this means for utilities:

Unlicensed use of the 6 GHz band means that perhaps billions of Wi-Fi routers and devices could now interfere with utility radio signals.

While the FCC is optimistic about its ability to reduce interference, utilities are less so. The fact that low-power devices are not required to use AFC is particularly concerning.

The change prompts questions such as, “What if a Wi-Fi 6 router is too close to a utility SCADA radio? Will it interfere with the utility network?”

What you should do:

The good news is that these interference problems are preventable. Here’s how to stay one step ahead.

First, make sure your license with the FCC’s Universal Licensing System (ULS) is accurate. The new AFC requirements for standard power devices are based on ULS data.

Then, just like with the 900 MHz realignment, you need to be proactive about identifying potential interference from other devices on the 6GHz band. Check if your current equipment has the functionality to monitor noise in the frequencies you’re using. If not, invest in separate monitoring equipment.

If you notice issues, we recommend using RF solutions that can communicate in multiple frequencies at once. This allows you to adapt to fluctuating noise patterns on different bands rather than remaining at their mercy.

The FCC’s recent spectrum reallocations won’t be their last. Due to high demand, the FCC is increasingly focusing on reducing exclusivity of existing spectrum.

One way to reduce the impact of future spectrum changes is to keep as much raw data out in the field as possible. The next time you’re installing new infrastructure, design your network to maximize frequency flexibility.

If you want to avoid playing whack-a-mole with interference issues whenever the regulations shift, it may be time to explore RF solutions that can create multiple connections over multiple frequencies.