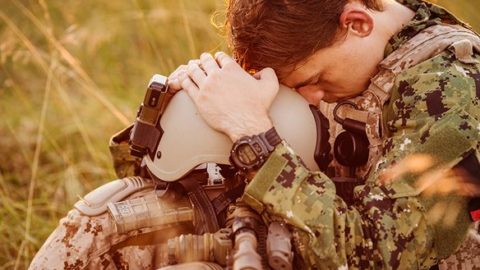 This fall, Border States teamed up with other businesses and the Blue Angels Foundation to support our nation’s veterans.

The statistic is alarming – 22 veterans commit suicide each day due to post-traumatic stress disorder (PTSD). The Blue Angels Foundation supports wounded veterans by transitioning them back to a fulfilling civilian life.

Border States was one of 10 companies invited to attend the Konica Minolta Golf and Tennis Classic this fall in Carlsbad, CA. The event raised funds and awareness for the Blue Angels Foundation. Watch the video.

“The Blue Angels Foundation is doing some very good things with veterans,” Littlejohn says. “All members serve as volunteers, and 100 percent of all donations go back into the mission.”

Nearly 20 veterans teamed up with businesses for the event. The veteran on Border States’ team had quite a story to tell.

“He had suffered from PTSD, and he credited the Blue Angels Foundation for helping him through his recovery,” Littlejohn says. “He now has a full-time job, and he and his wife are expecting their first child. What a joy to spend time with a humble, appreciative person.”

The Border States trio wanted to continue raising awareness for the foundation, so they hosted a comedy dinner event in late October, co-sponsoring with Barringer Construction and Solid, a cleaning service company.

Twenty-two veterans commit suicide each day due to post-traumatic stress disorder, according to the Blue Angels Foundation.

More than 45 people attended the event, which featured comedian Lenny Clarke. Additionally, a Blue Angels representative gave an overview of the foundation, which also supports the following:

“The work of this foundation is only a small attempt to help the folks who gave for our freedom,” Littlejohn says.

Related: Employee-owner’s nephew focus of PTSD film, ‘Thank You for Your Service’