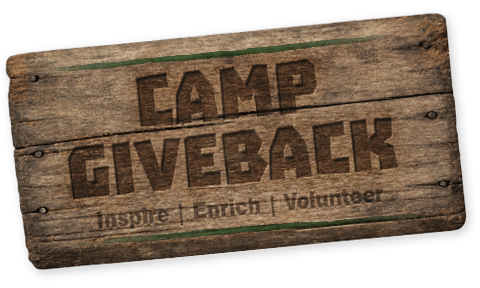 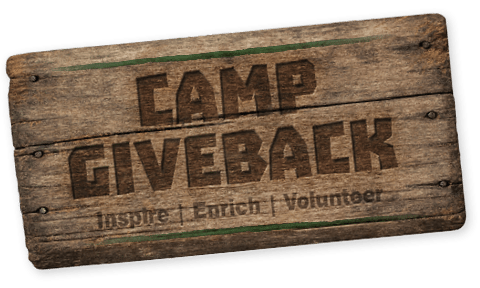 The week of Sept. 11, Border States went back to camp to support something extra special – United Way of Cass-Clay.

Each day, employee-owners at “Camp Giveback” raised money for United Way through camp-related activities at our Branch Support Center in Fargo, ND. After a week of fun activities, Border States exceeded its fundraising goal of 245 pledges and $135,000, gaining 259 pledges and raising more than $144,000.

Here’s a look back on our week at camp: 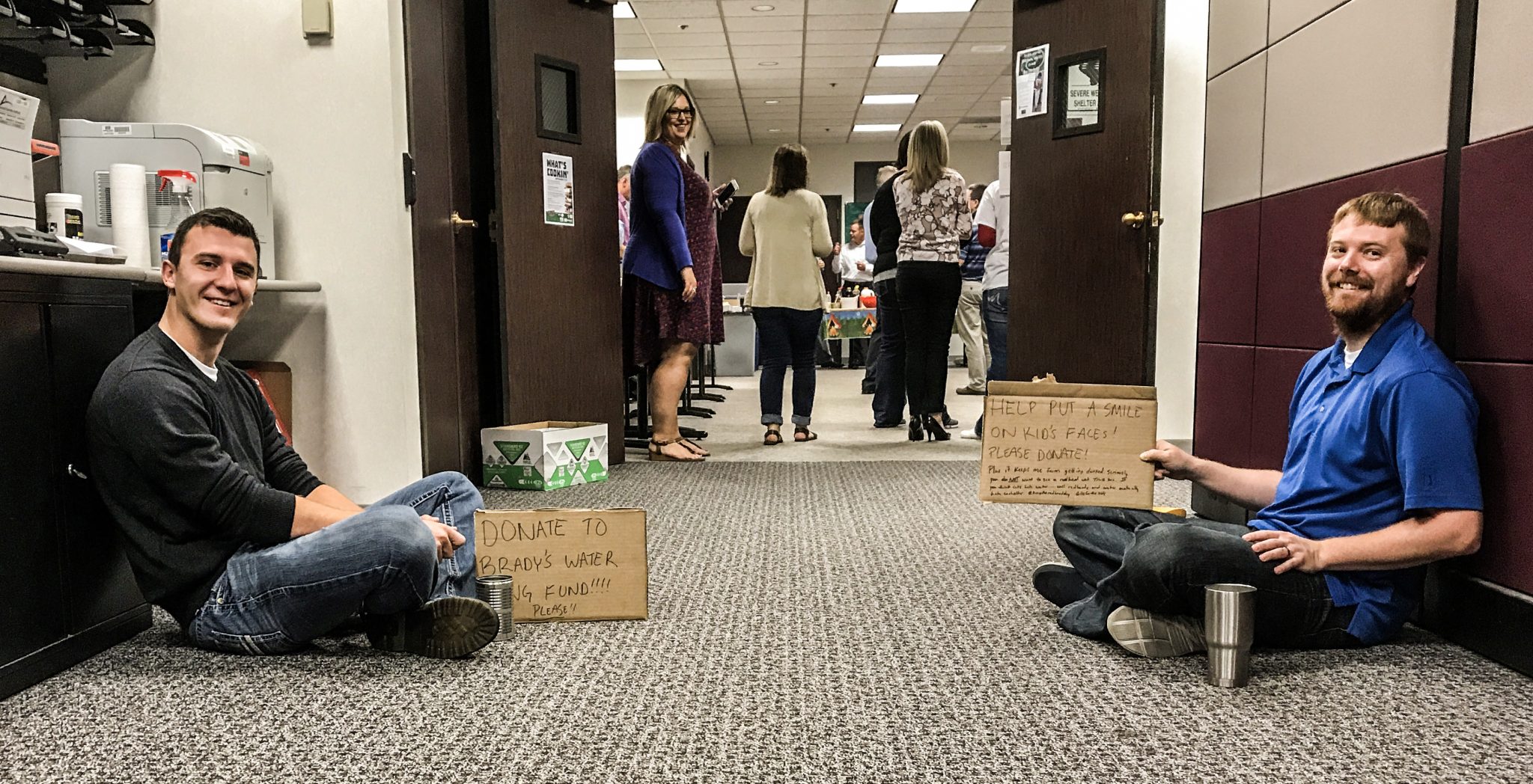 Some employee-owners kicked off United Way week by camping out in front of one of our training rooms. 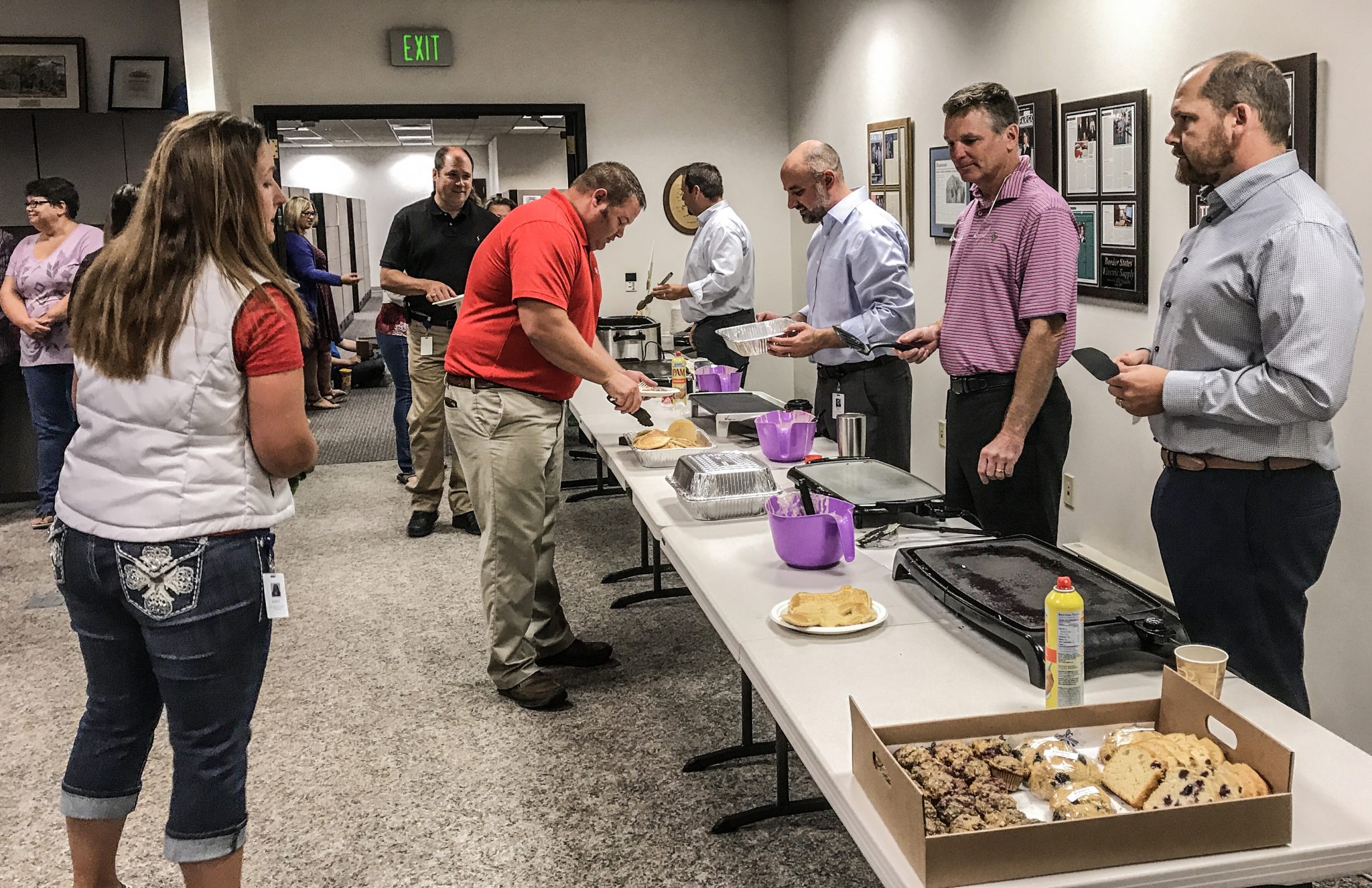 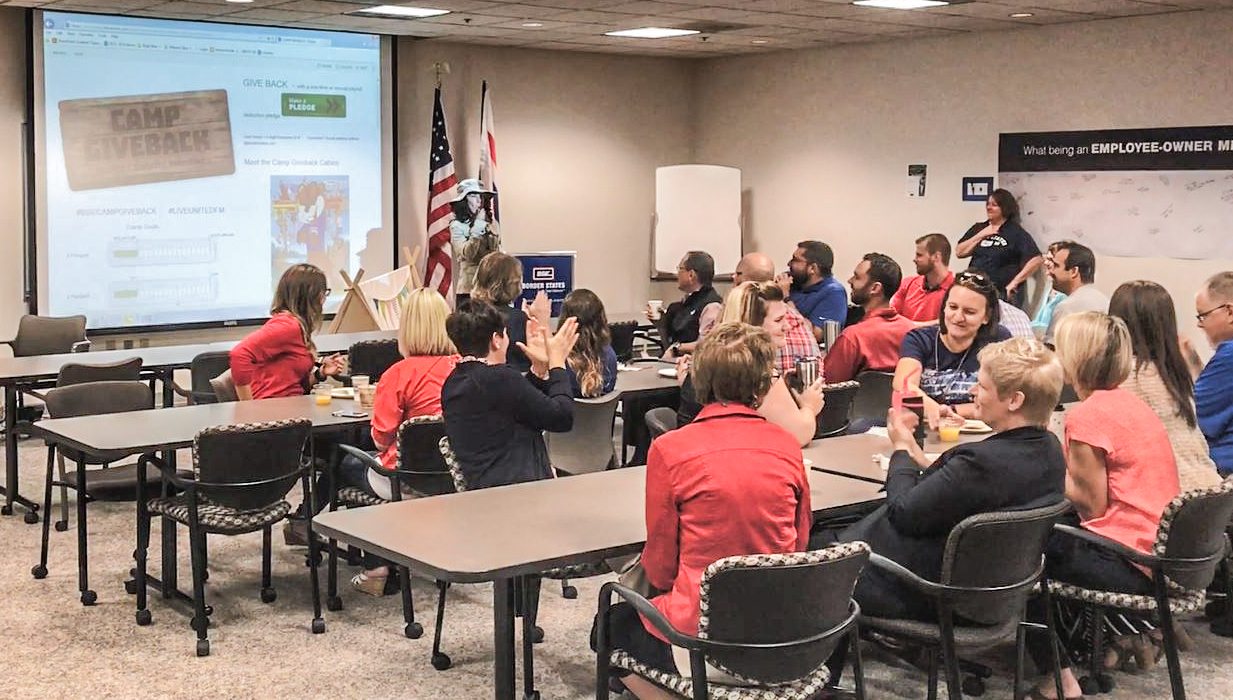 While employee-owners ate, they listened to the official Camp Giveback kick-off, where camp leader and CEO Tammy Miller made a surprise appearance. 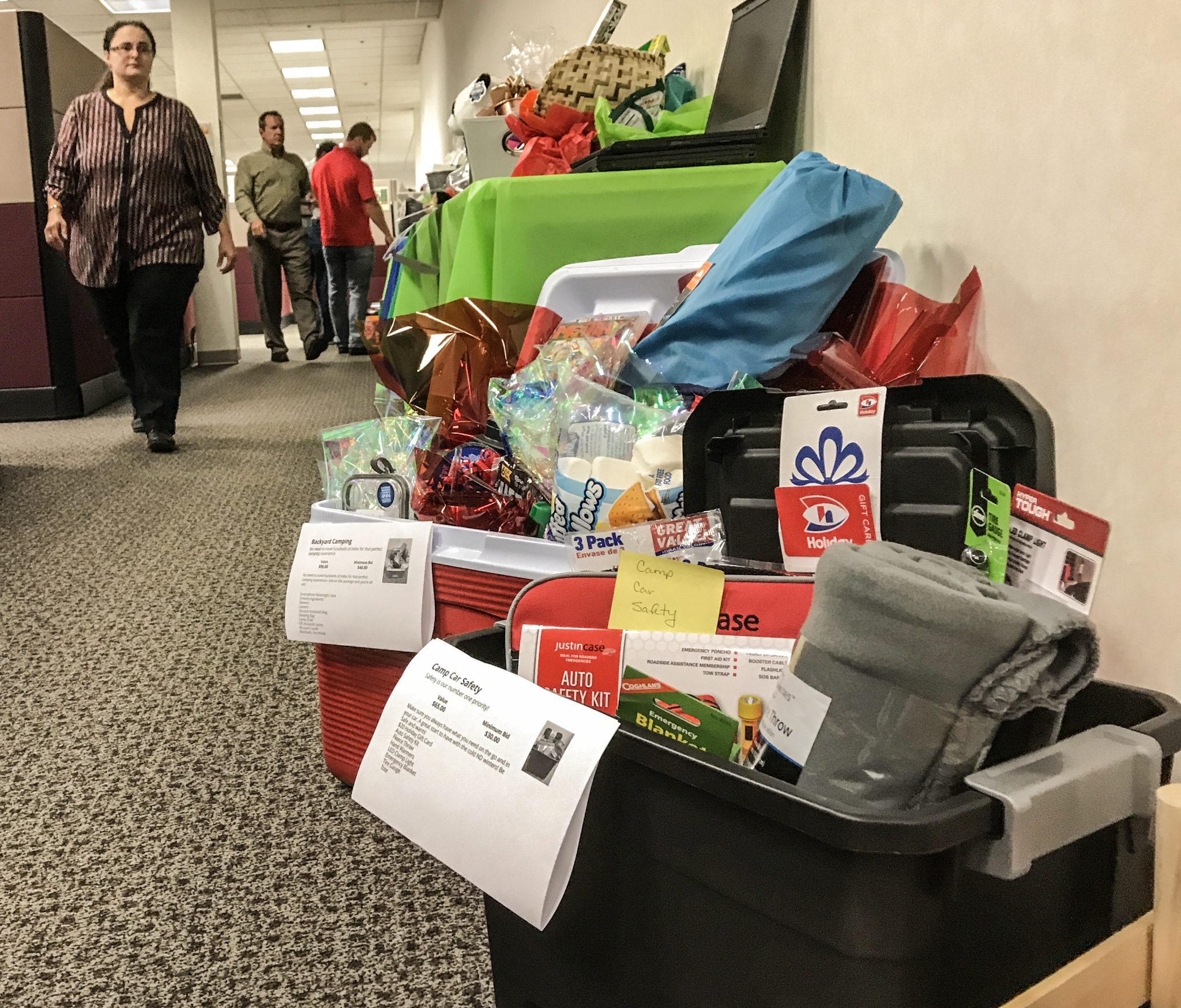 There was heavy foot traffic near the silent auction tables. 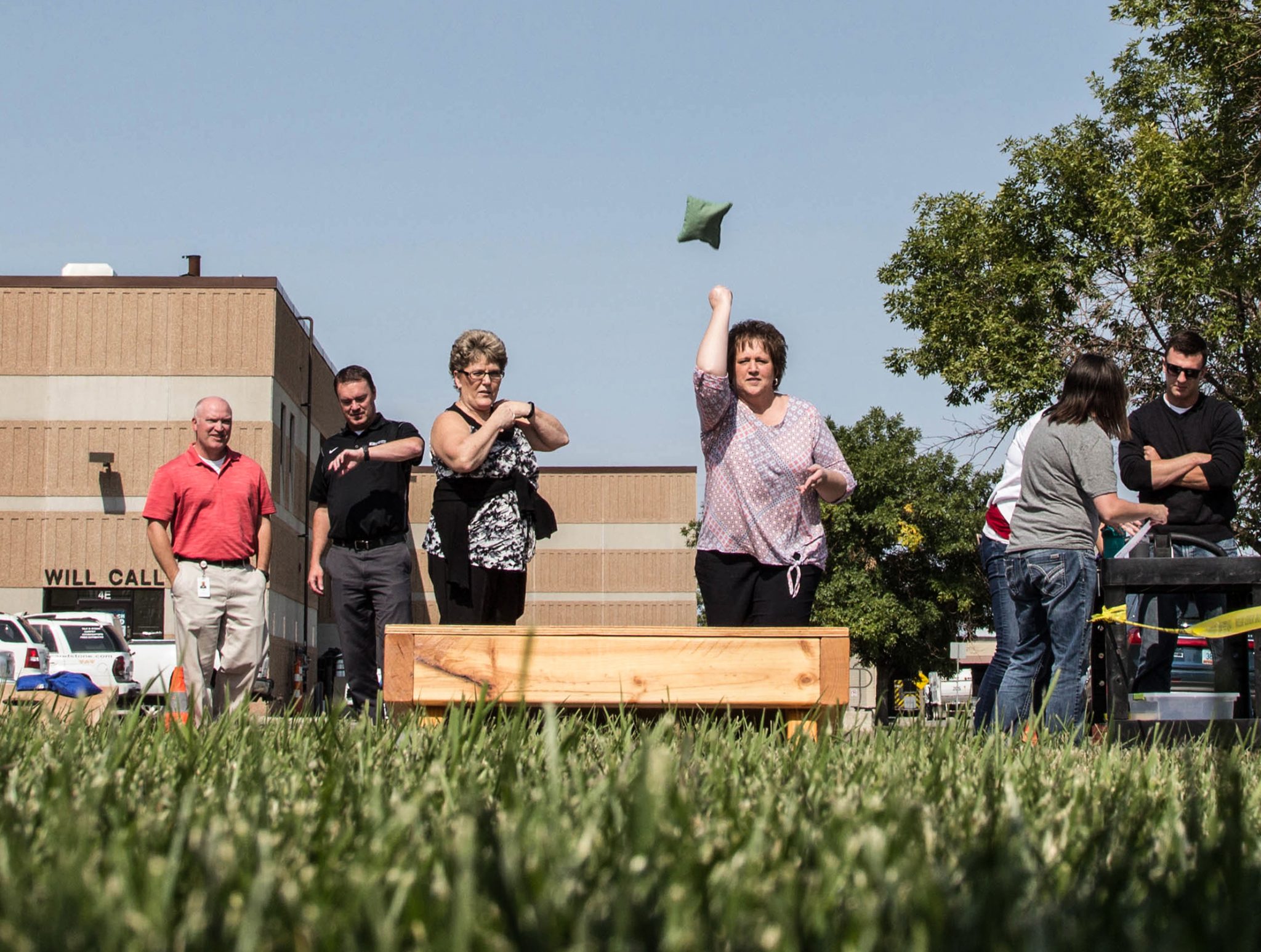 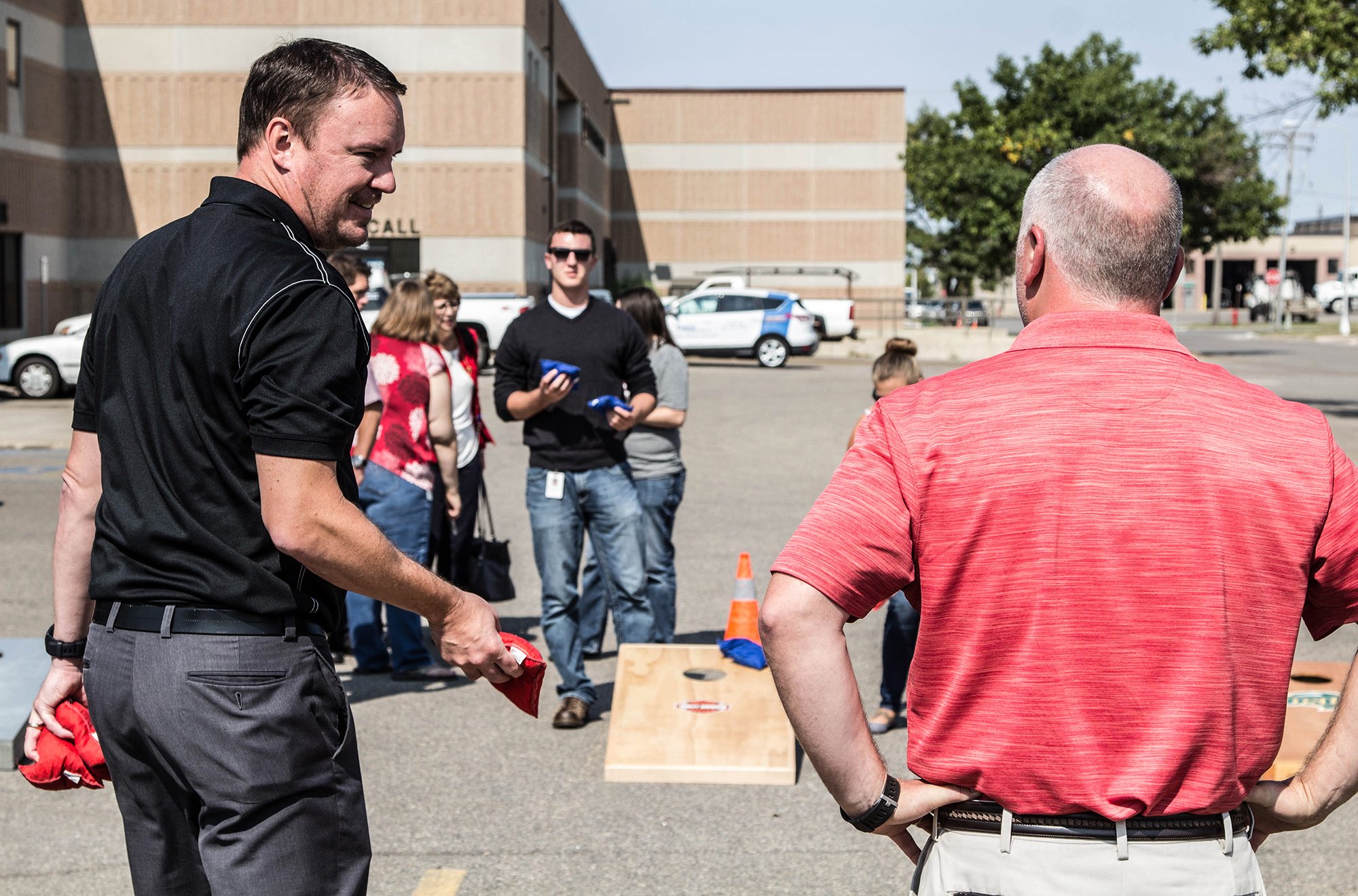 The competition was pretty friendly. 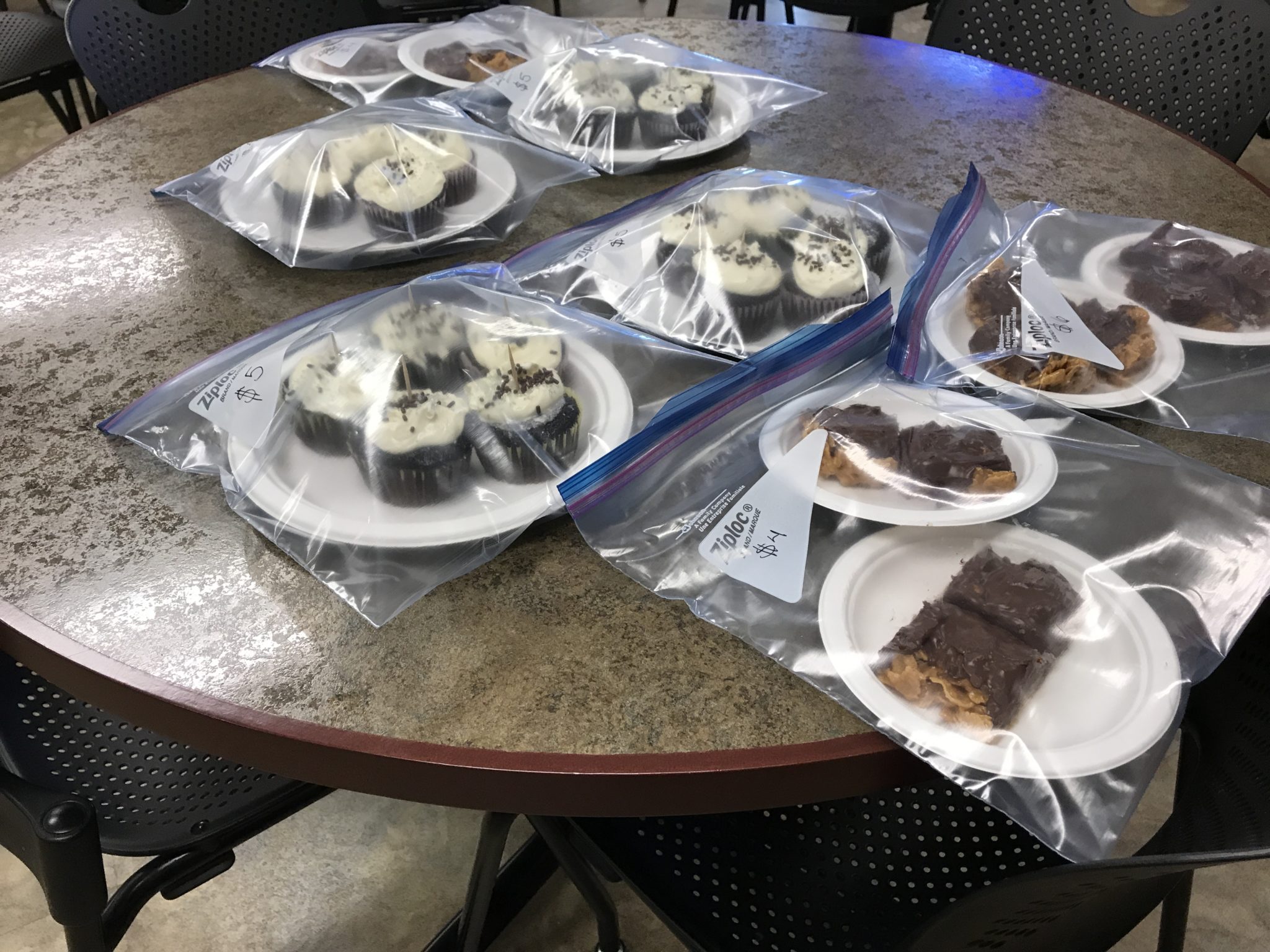 And there were lots of fundraiser treats in the break room to refuel. 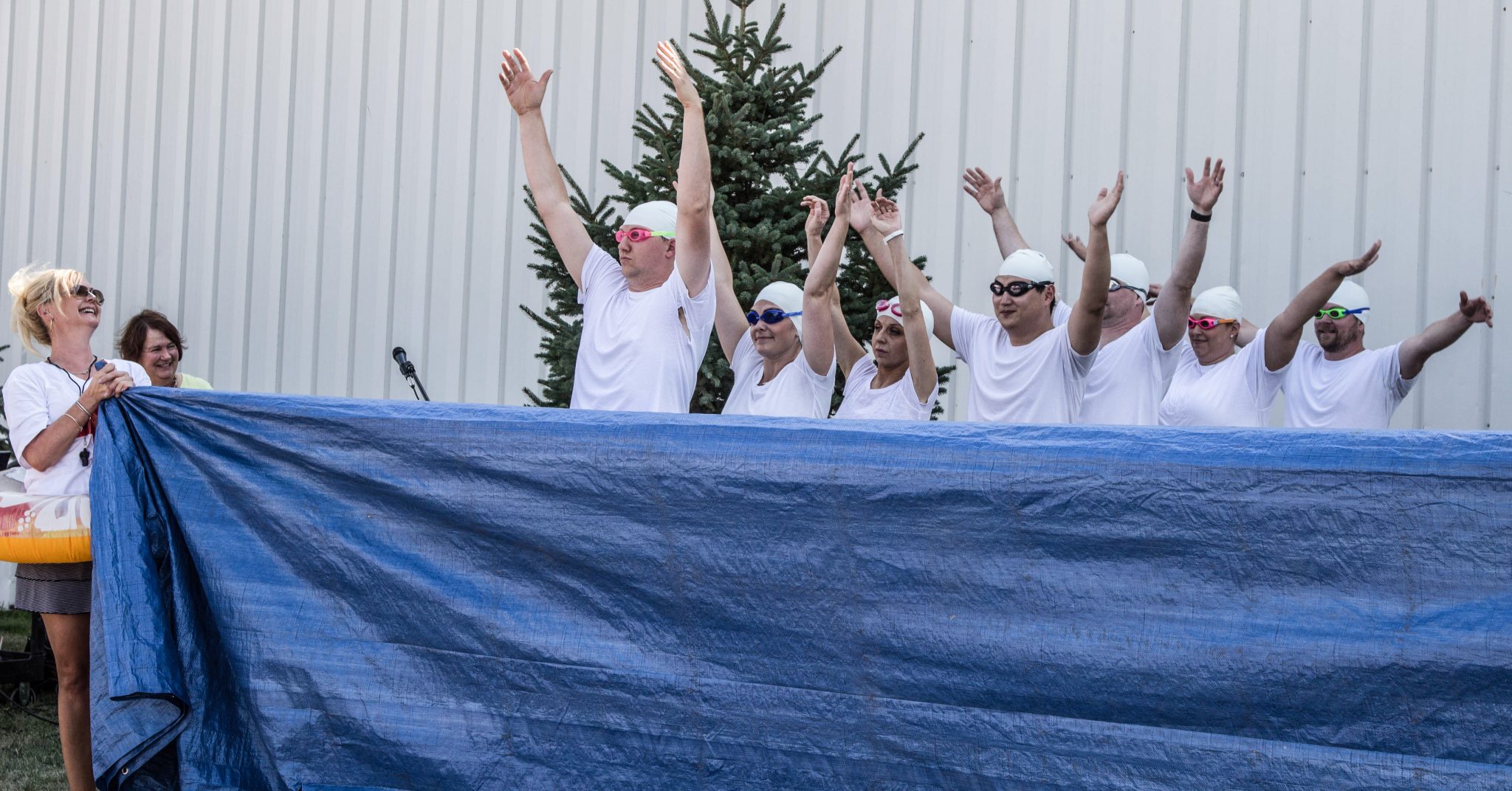 The Camp Giveback talent show was one to remember. 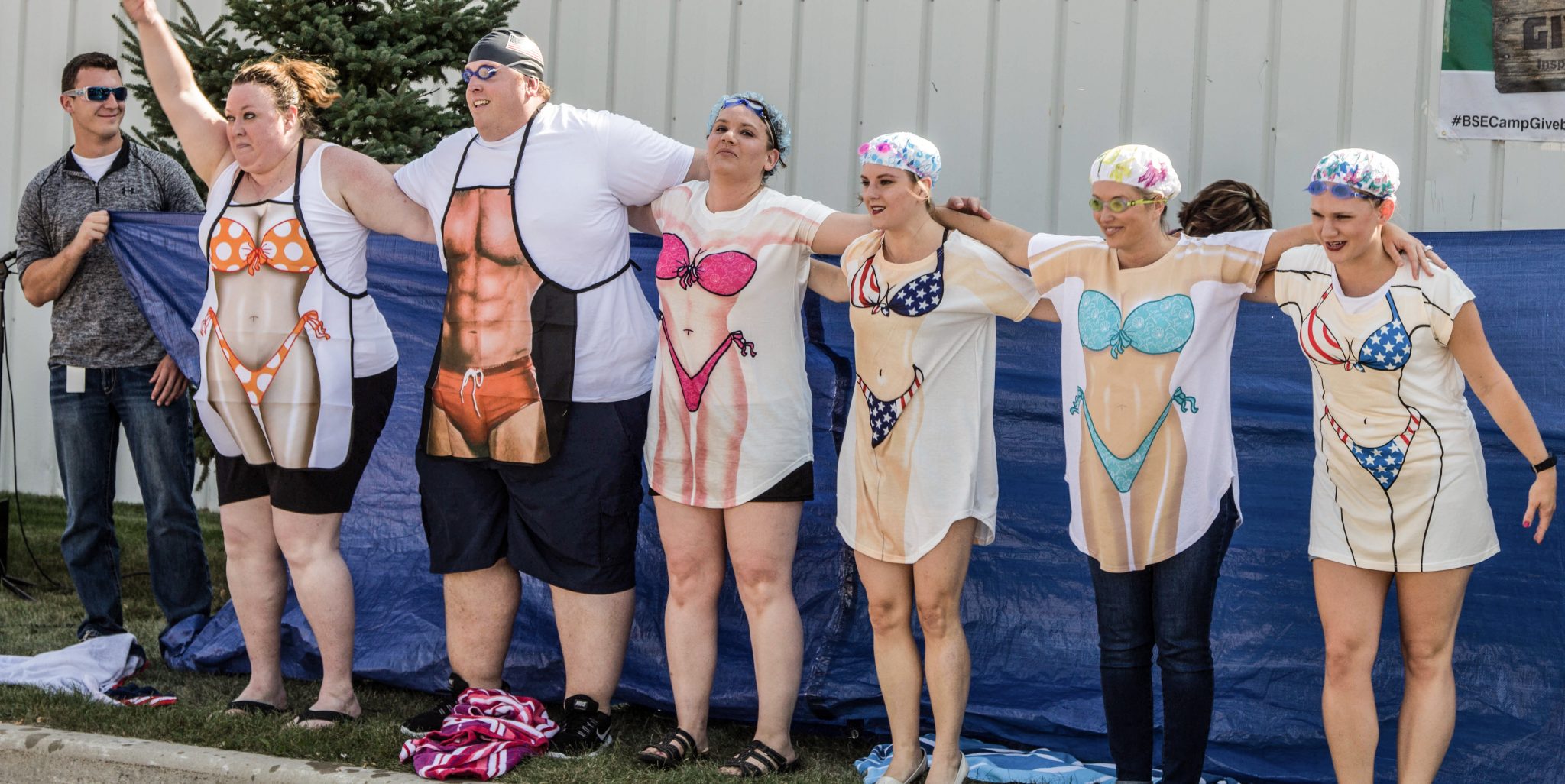 The audience enjoyed many clever themes.

Some performances were more graceful. 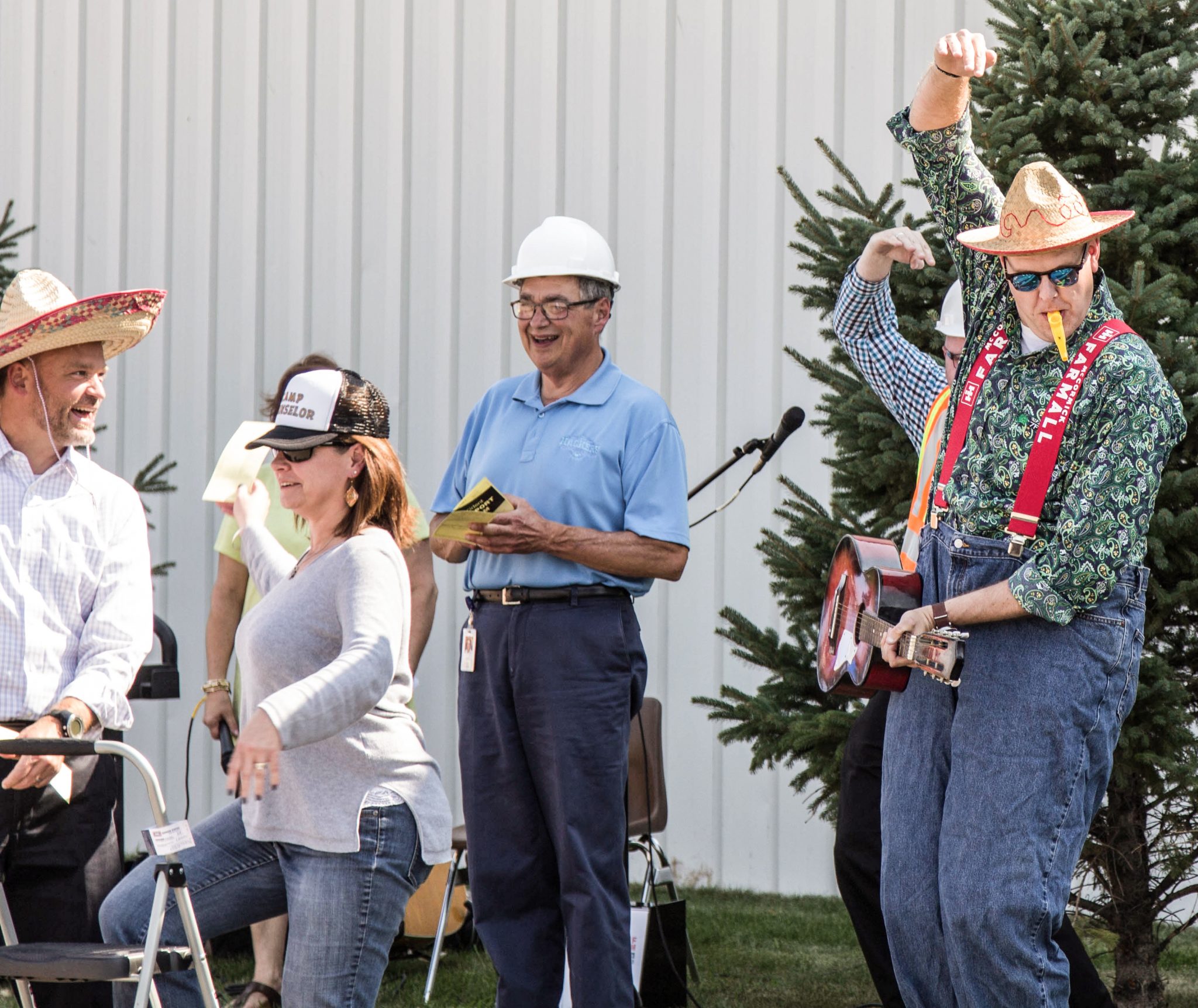 Others were more upbeat. 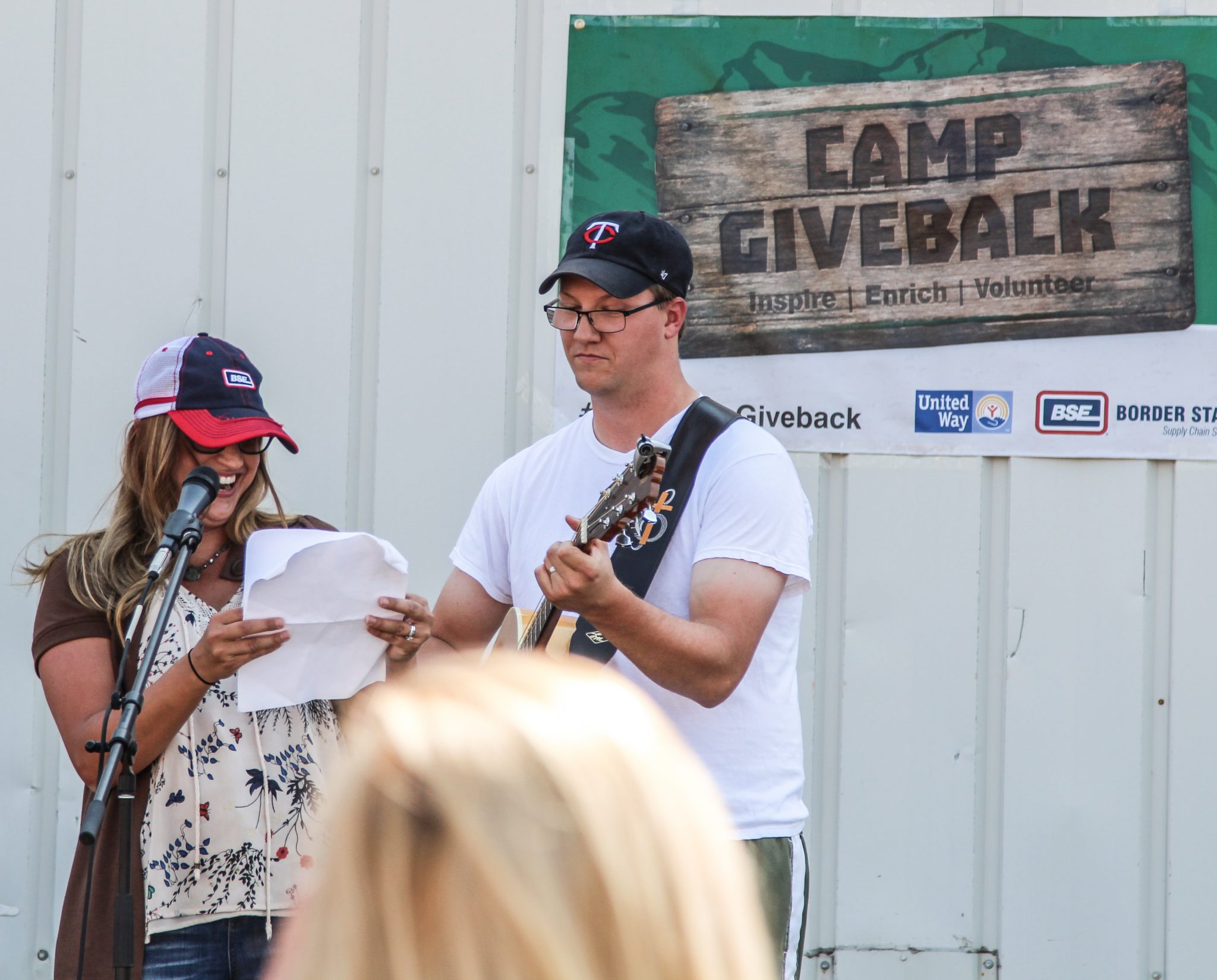 While some performances made us laugh, others took our breath away. 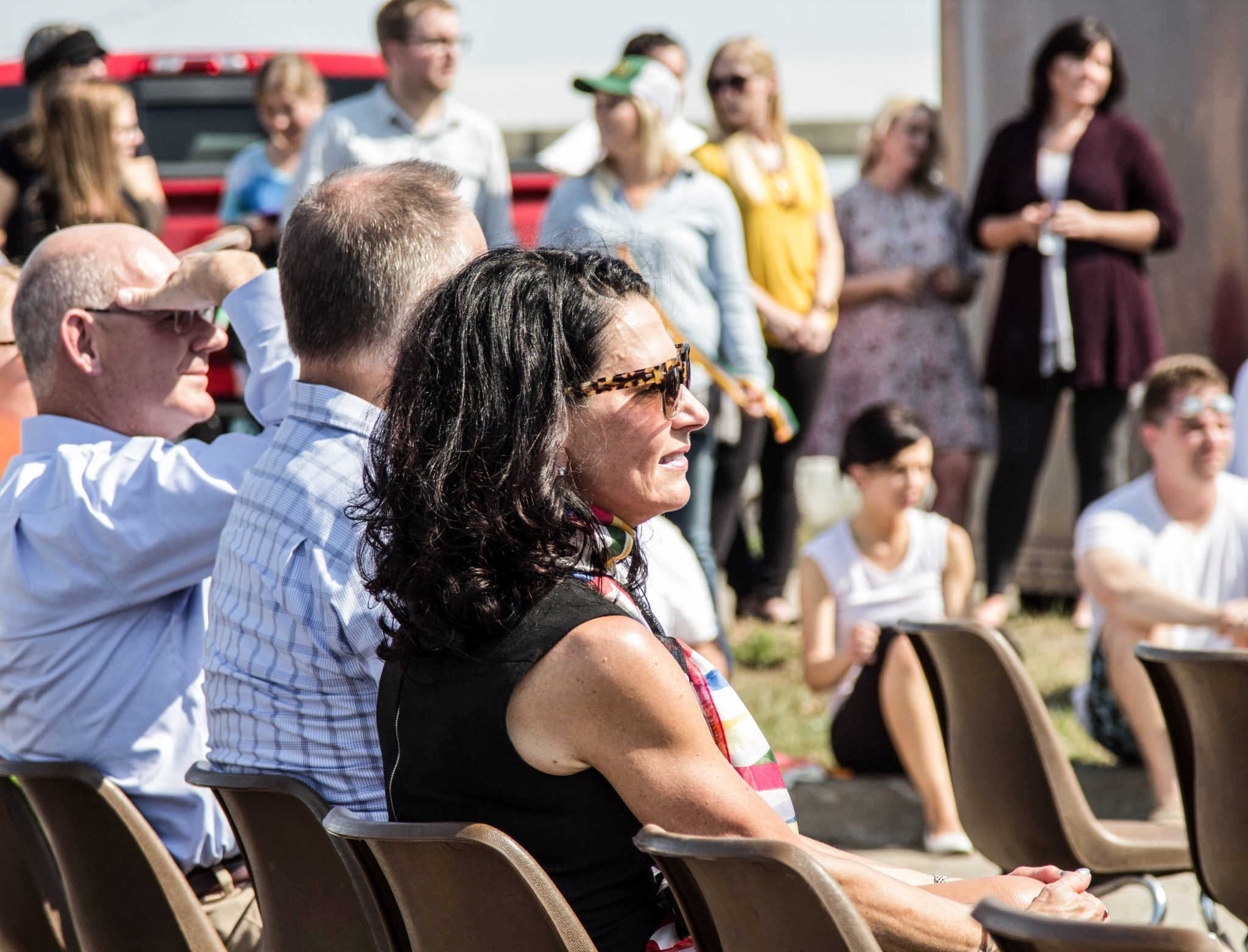 It was a beautiful day for a talent show at Camp Giveback. 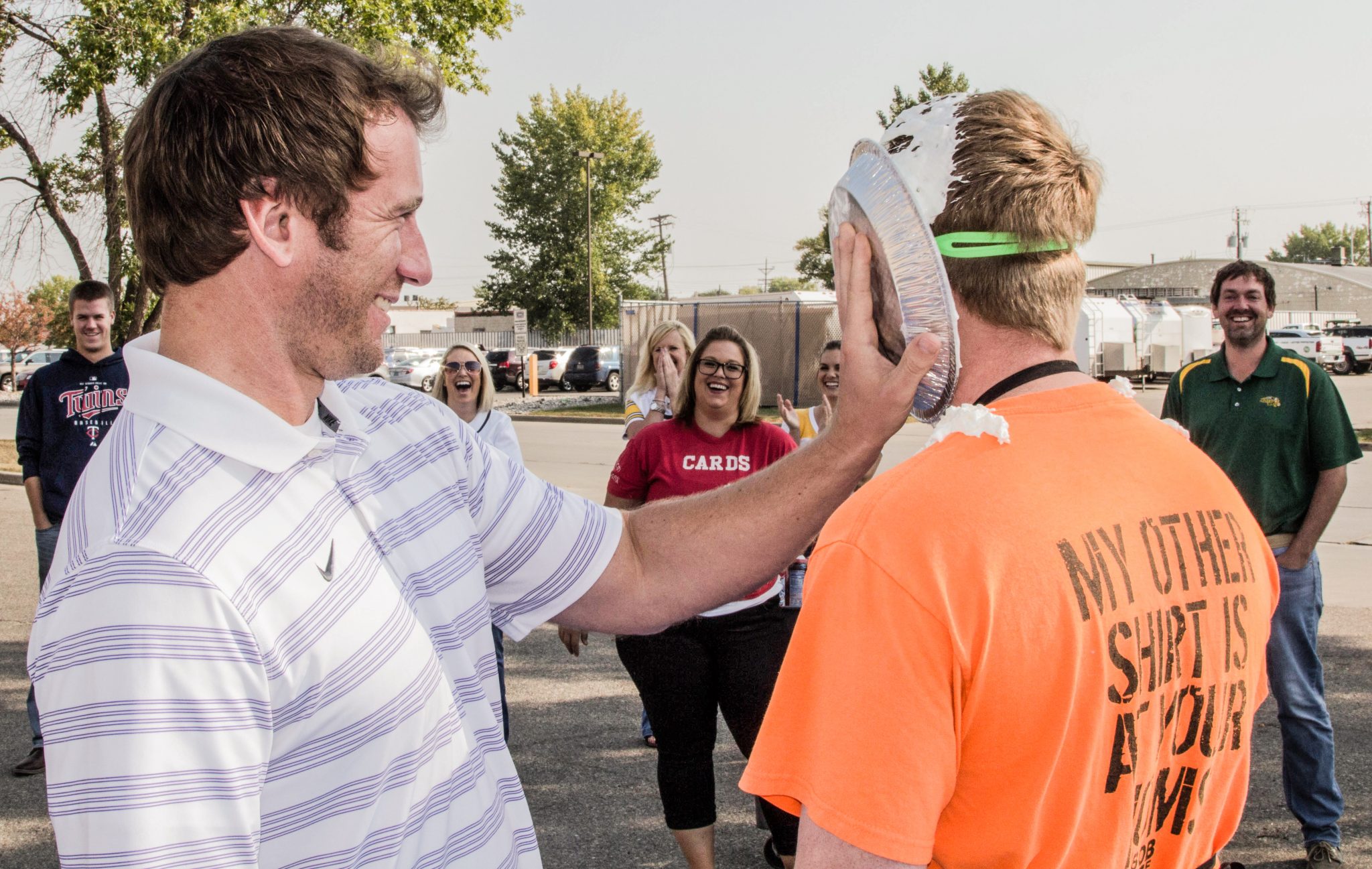 The day started with shenanigans, as fellow camper and good sport, Brady, raised money by having pies thrown in his face. 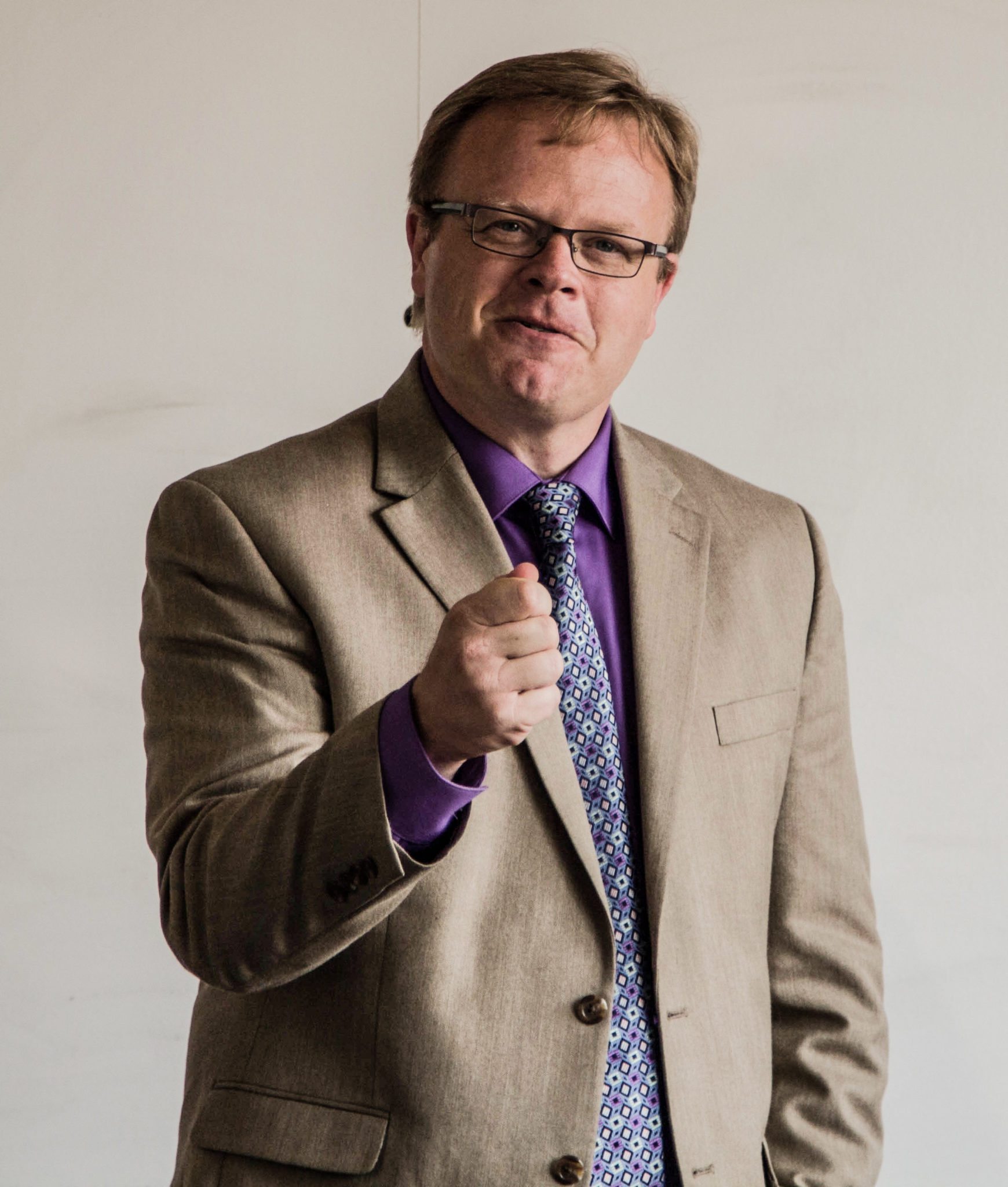 Brady cleaned up in time for a special visit from Travis Christopher, Resource Development Director for United Way of Cass-Clay. 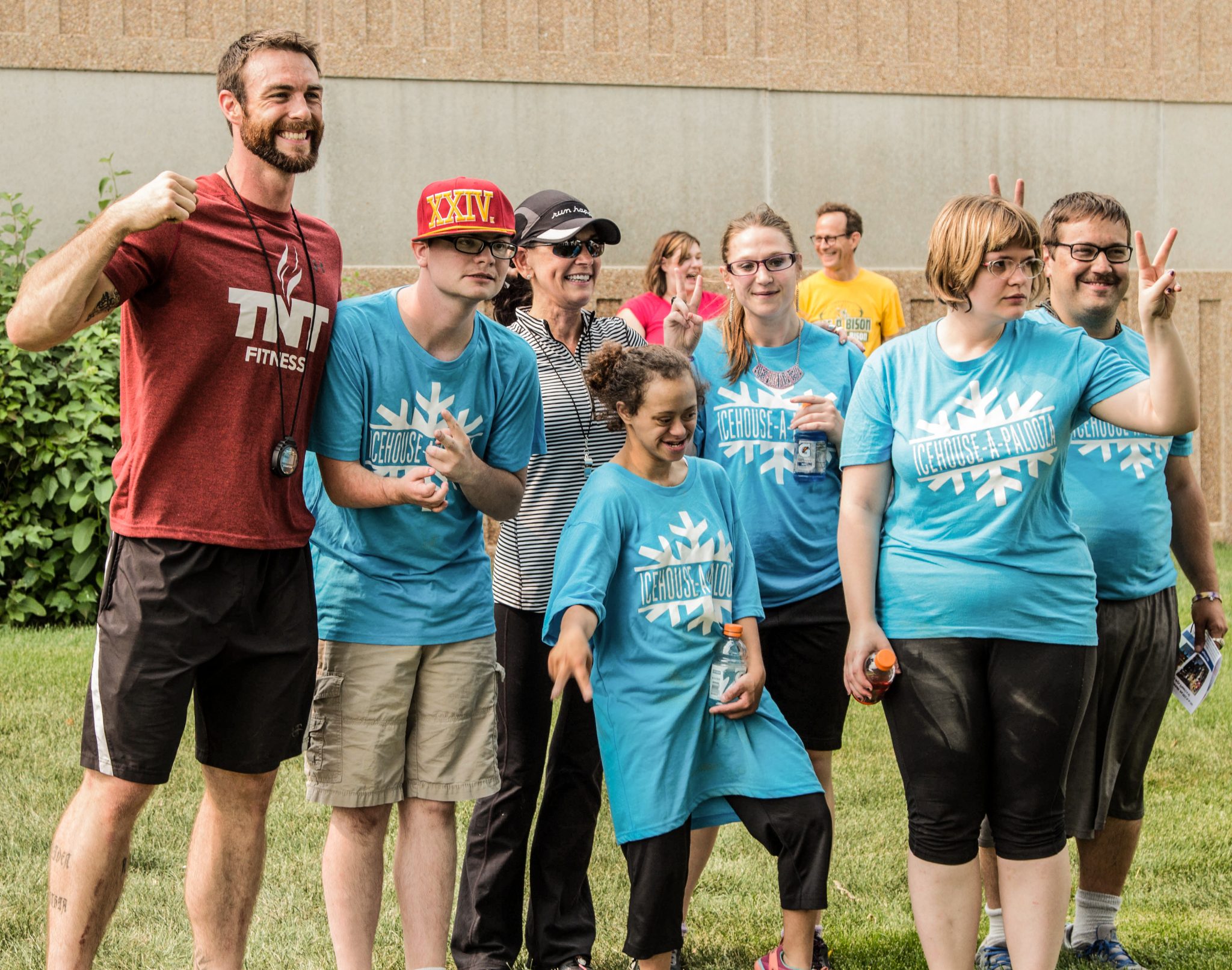 We even had a surprise visit from athletes at TNT Kid’s Fitness & Gymnastics. 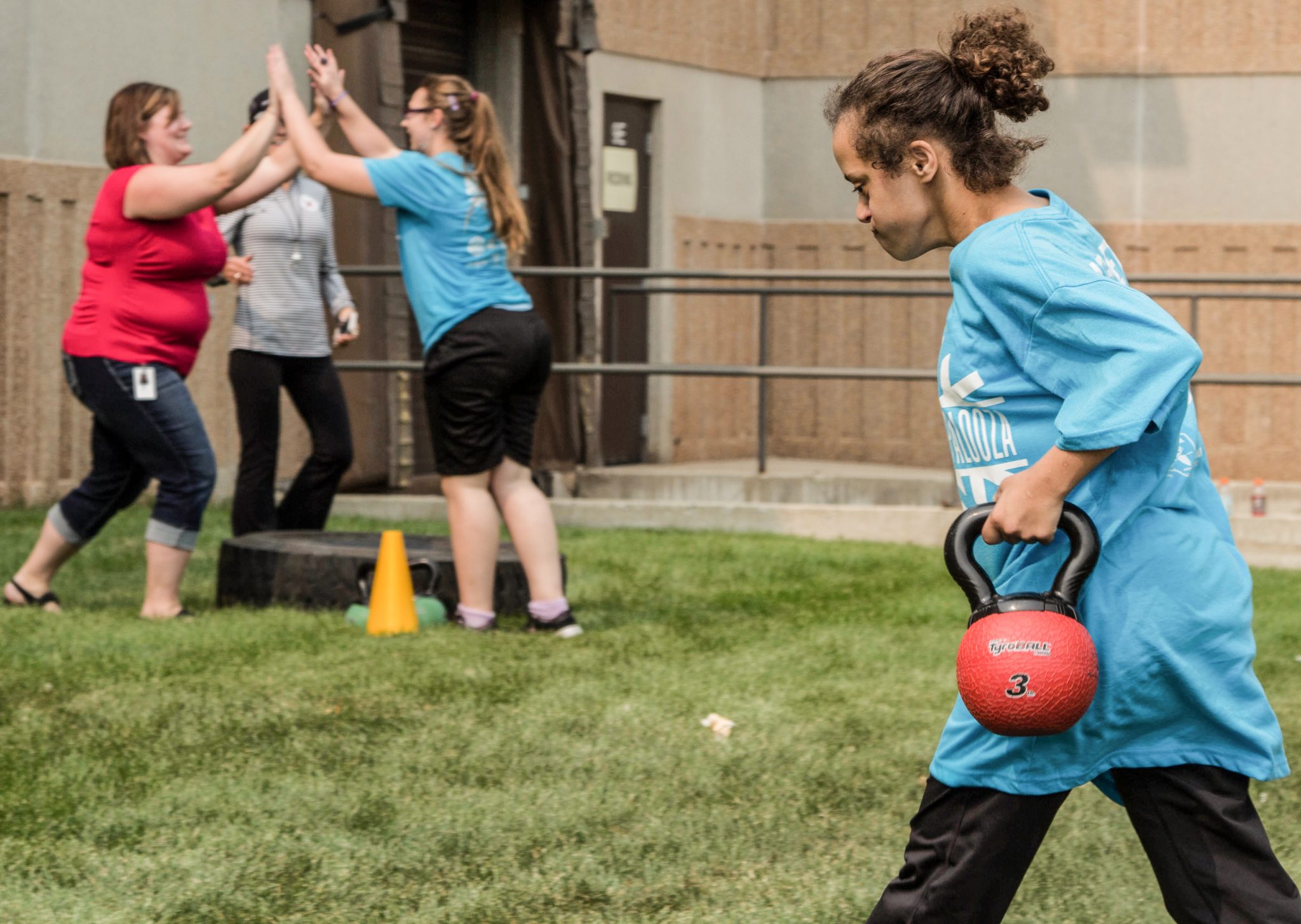 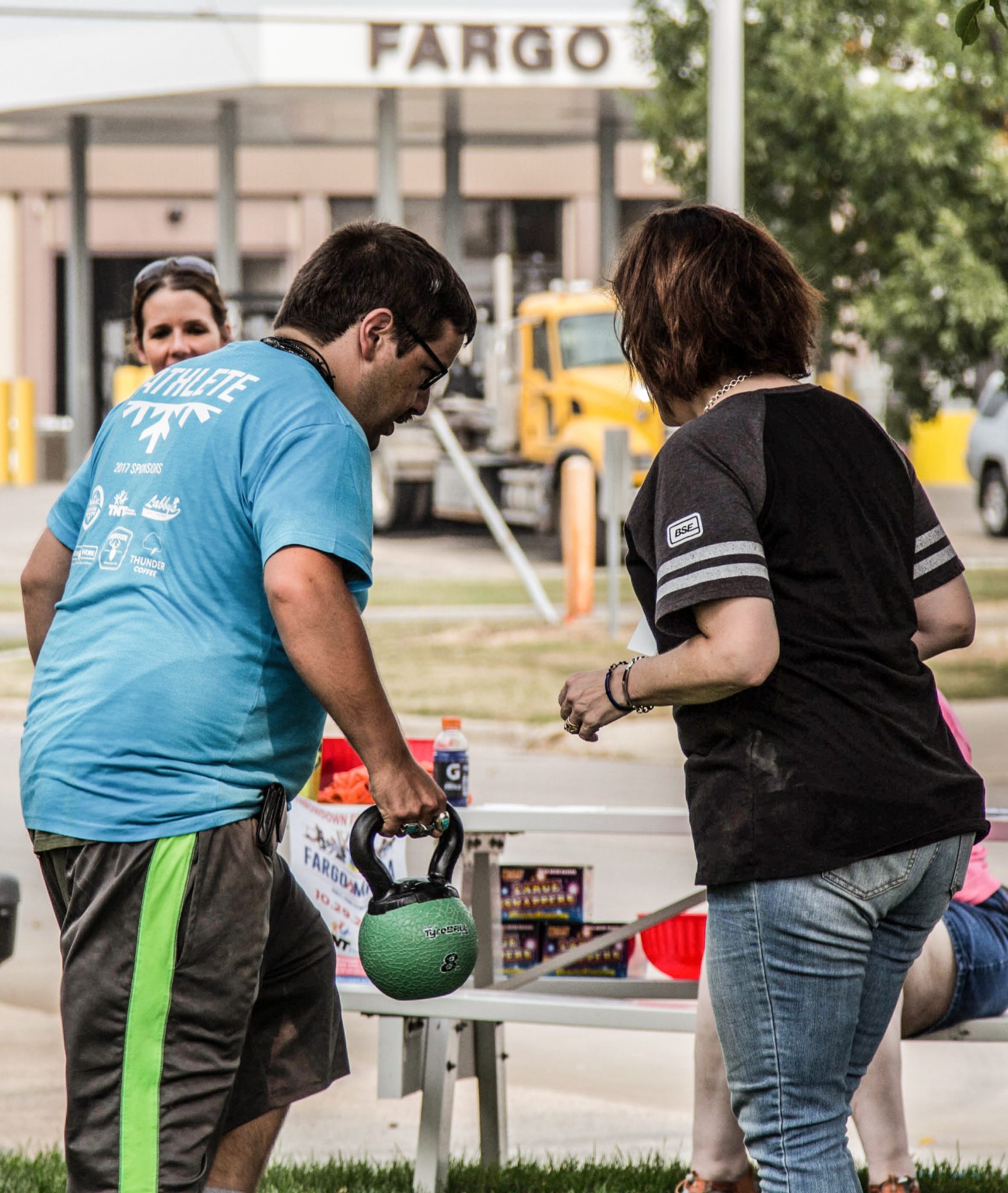 Border States volunteers helped coach the athletes during the event.

Campers gathered in the parking lot to order from the Dogfather food truck. 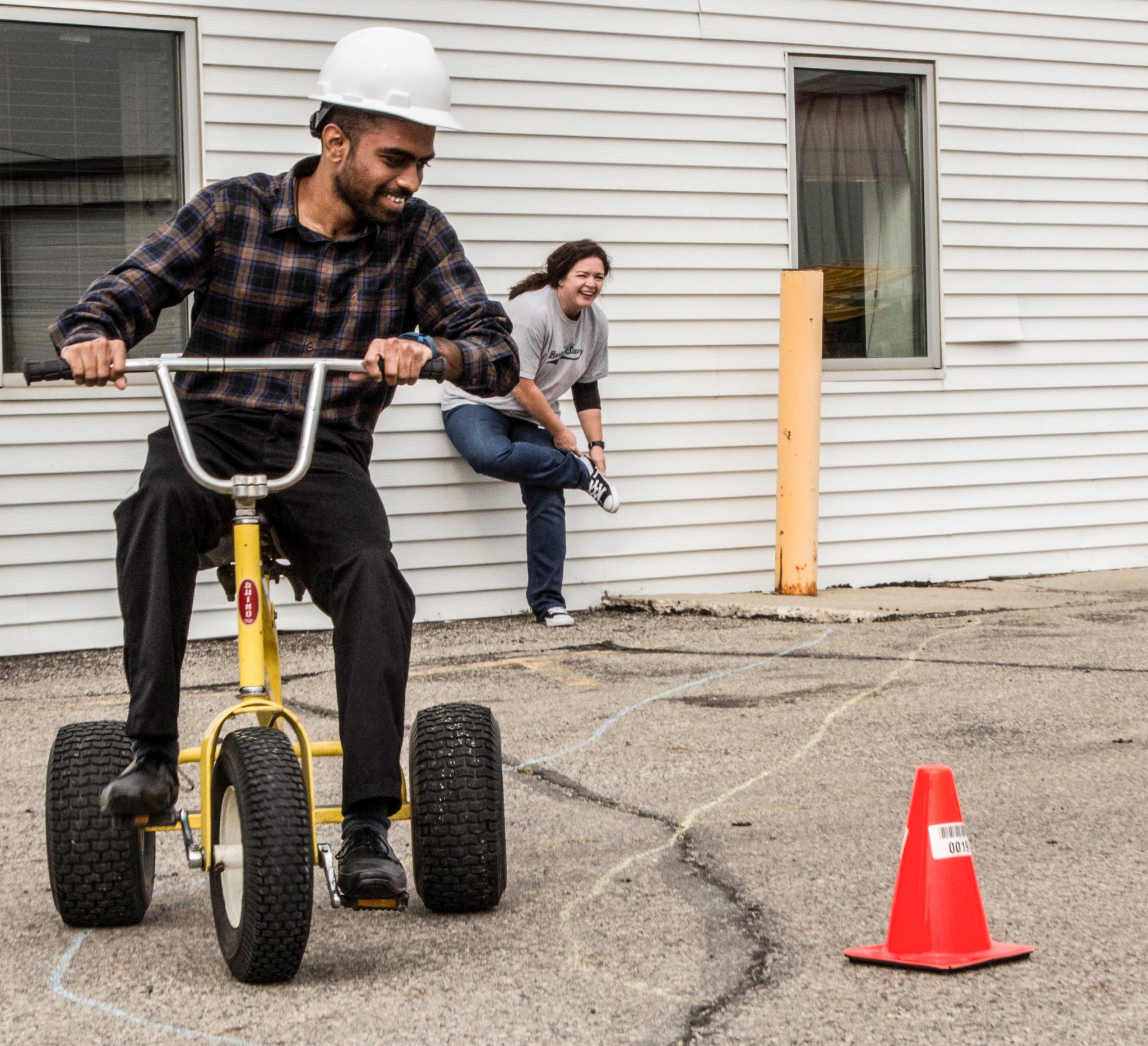 Some worked off lunch by participating in parking lot games. 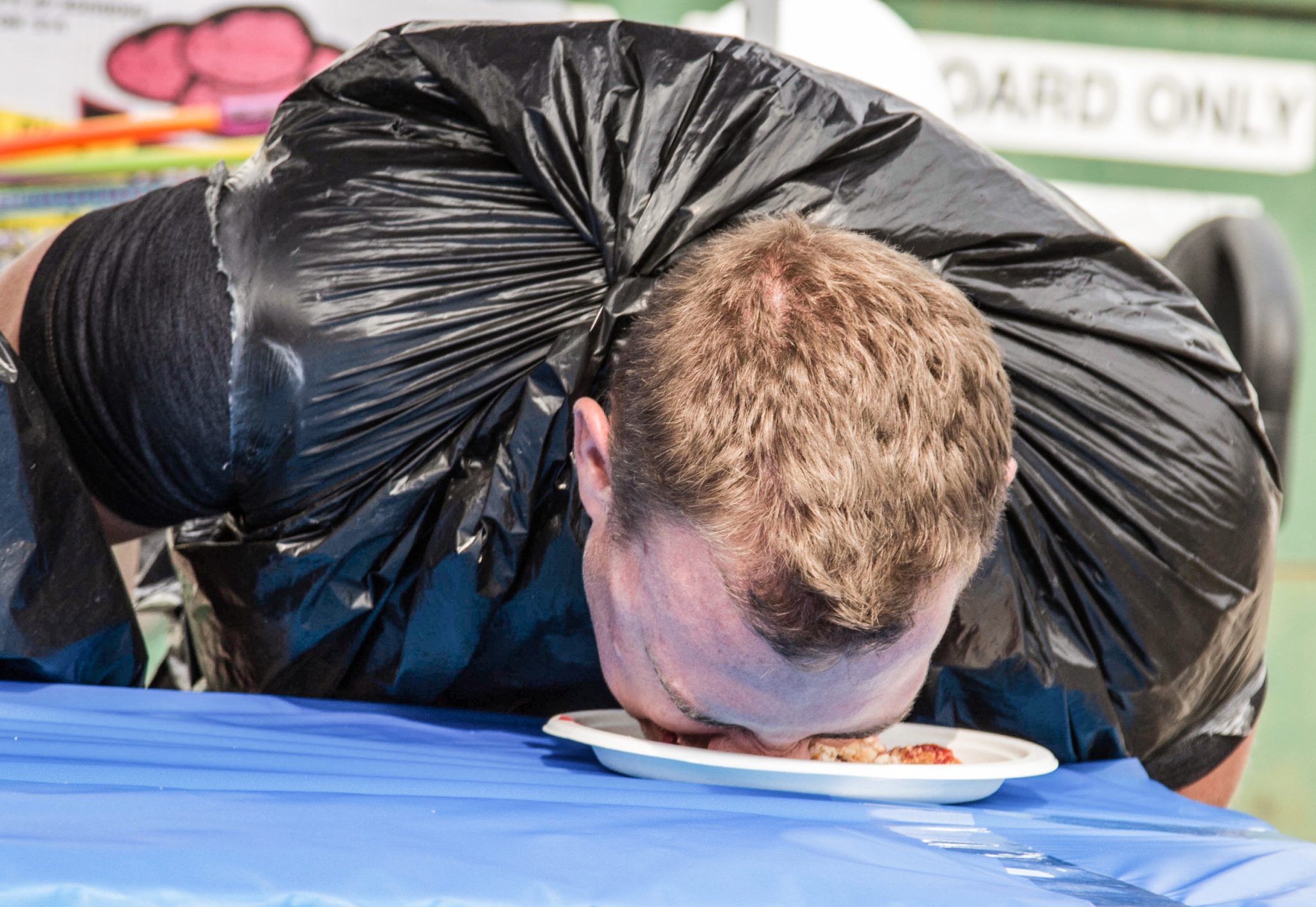 But others were still hungry, so they entered a pie-eating contest. 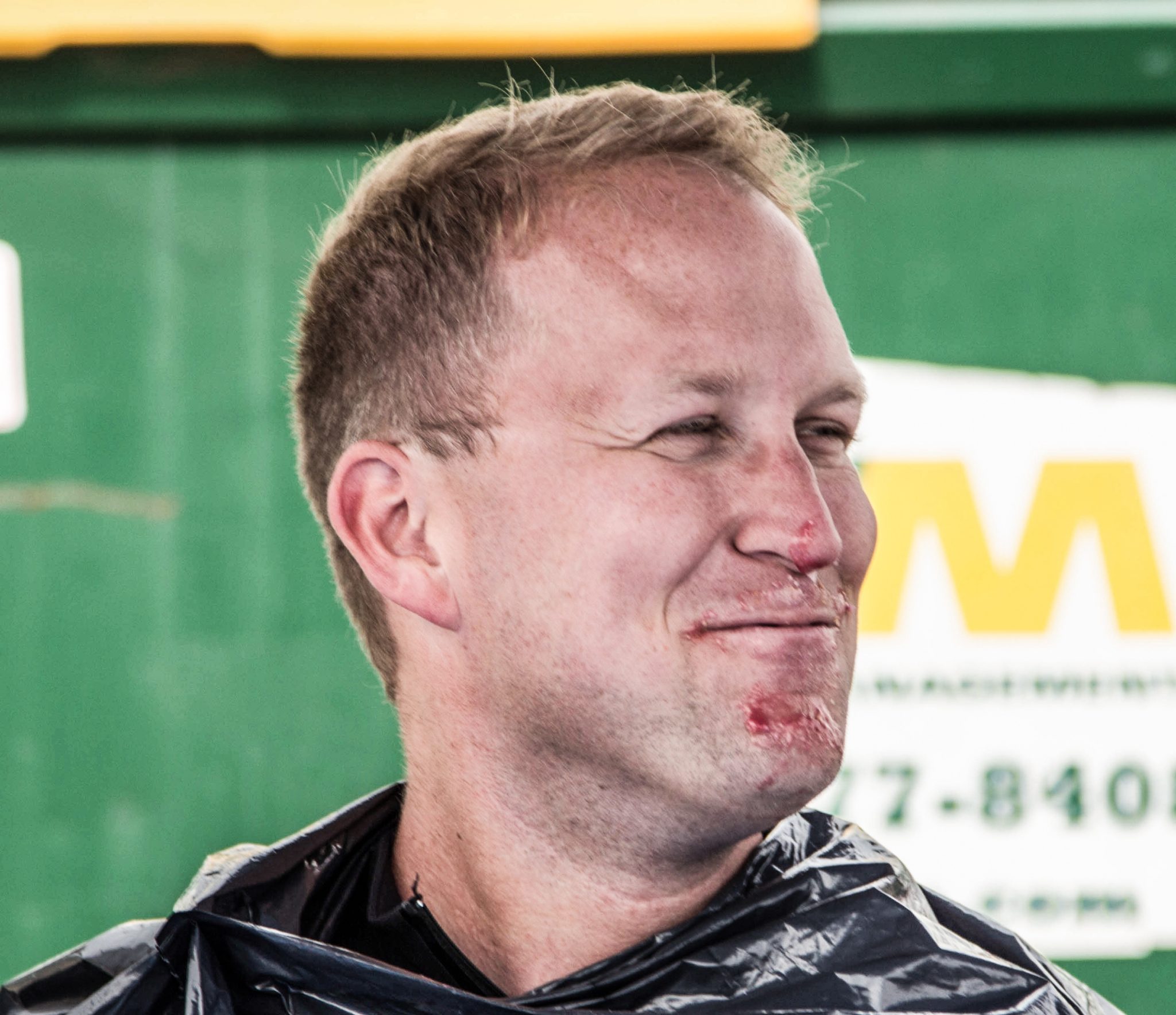 Things got a little messy.

But the campers didn’t seem to mind. 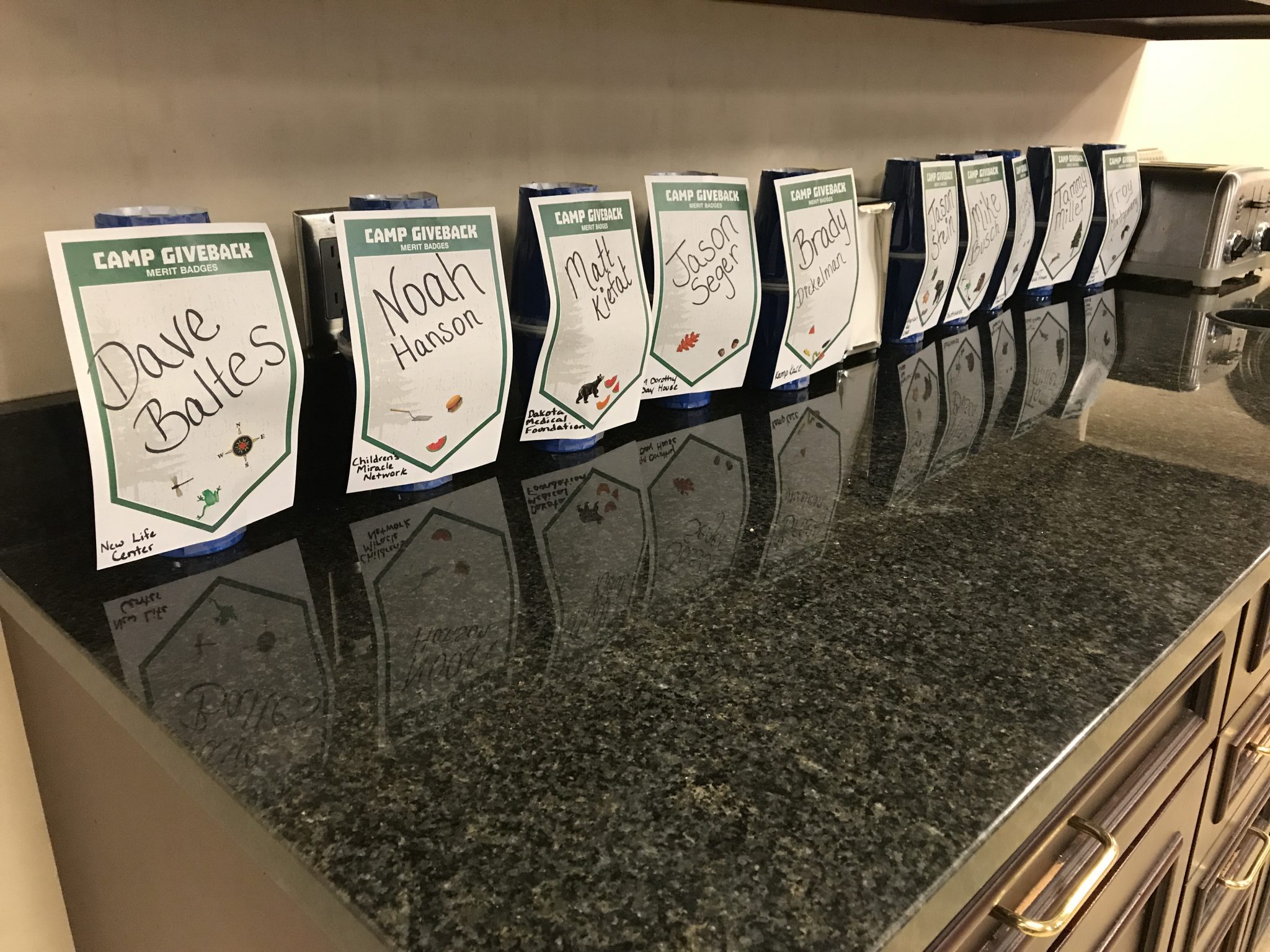 Camp leaders were shaking in their boots on the last day, as they waited to find out if they had raised enough money to avoid being thrown off the dock. 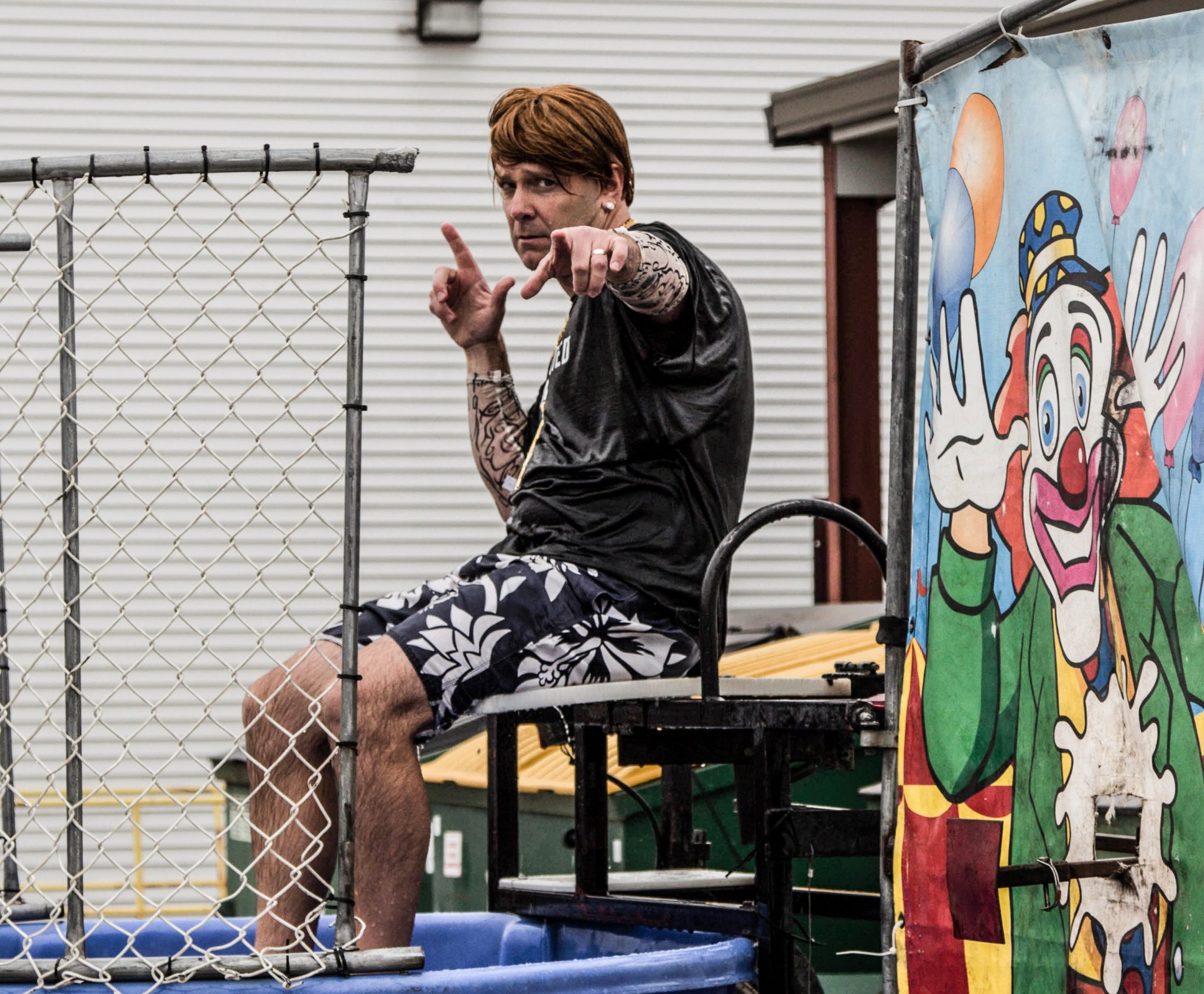 The time finally came for some campers to get wet. 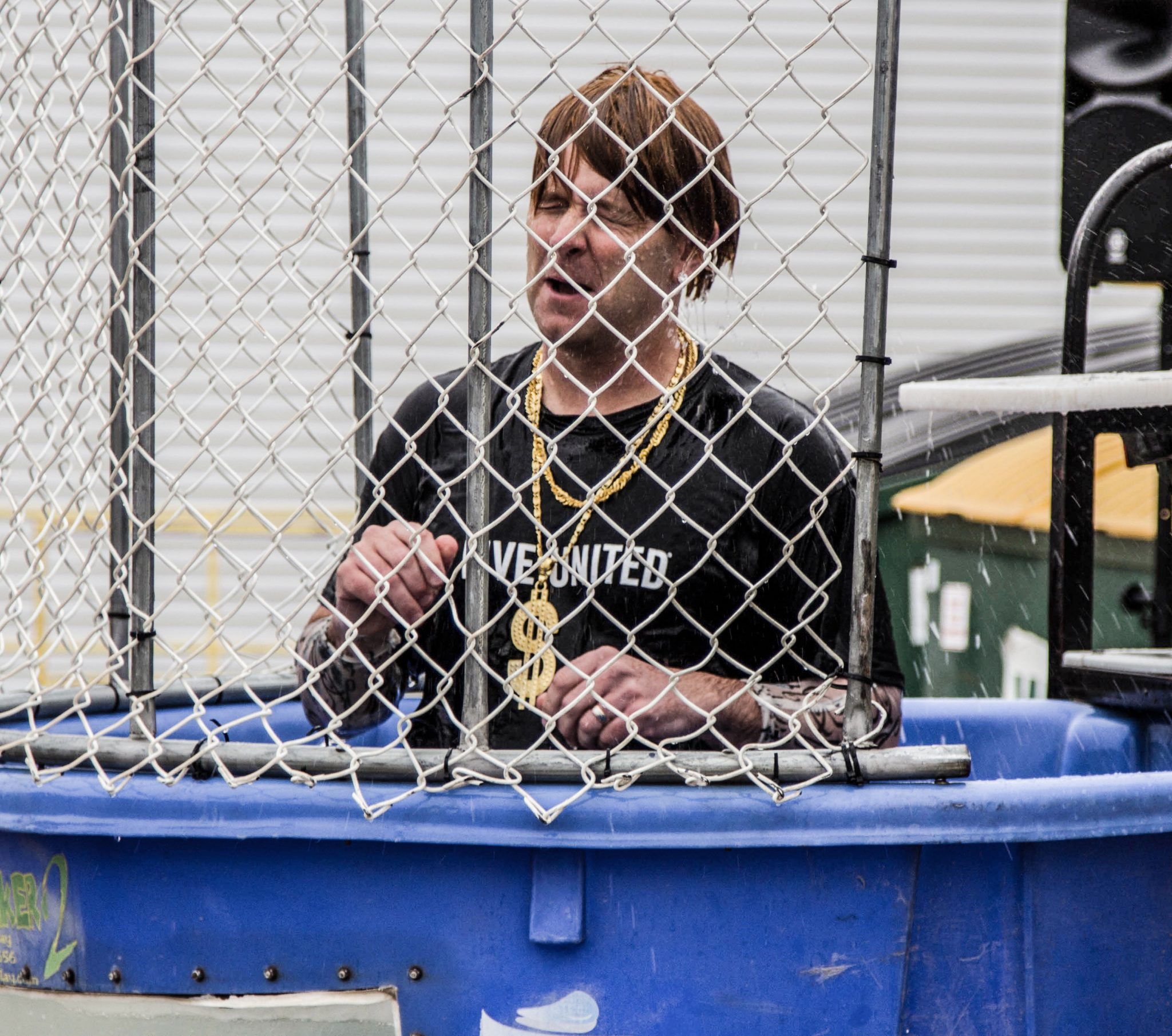 It was a chilly day to be thrown in the lake, but worth it since each each camp leader raised money to help our communities through United Way. 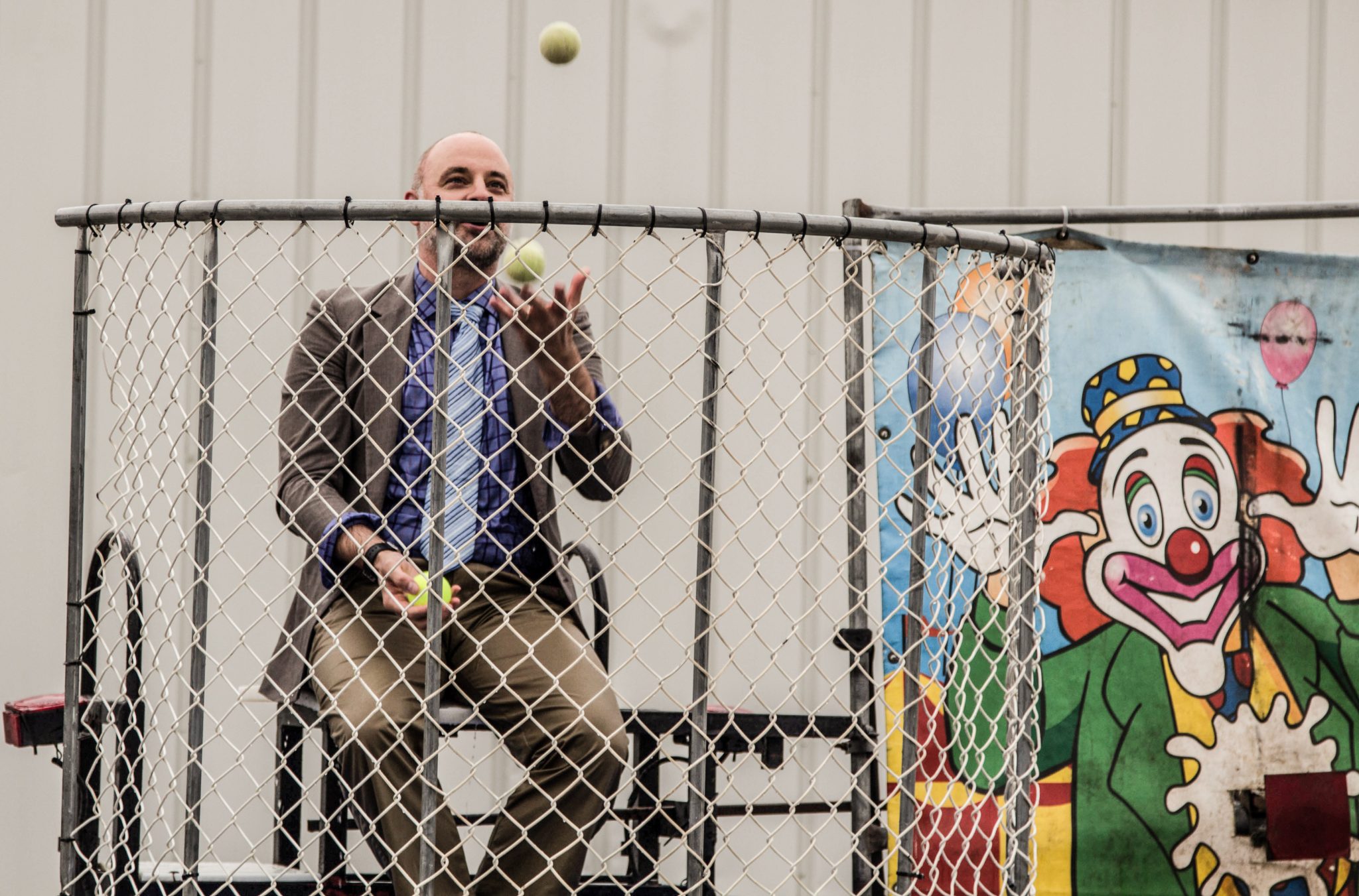 Despite getting wet, camp leaders were in good spirits. 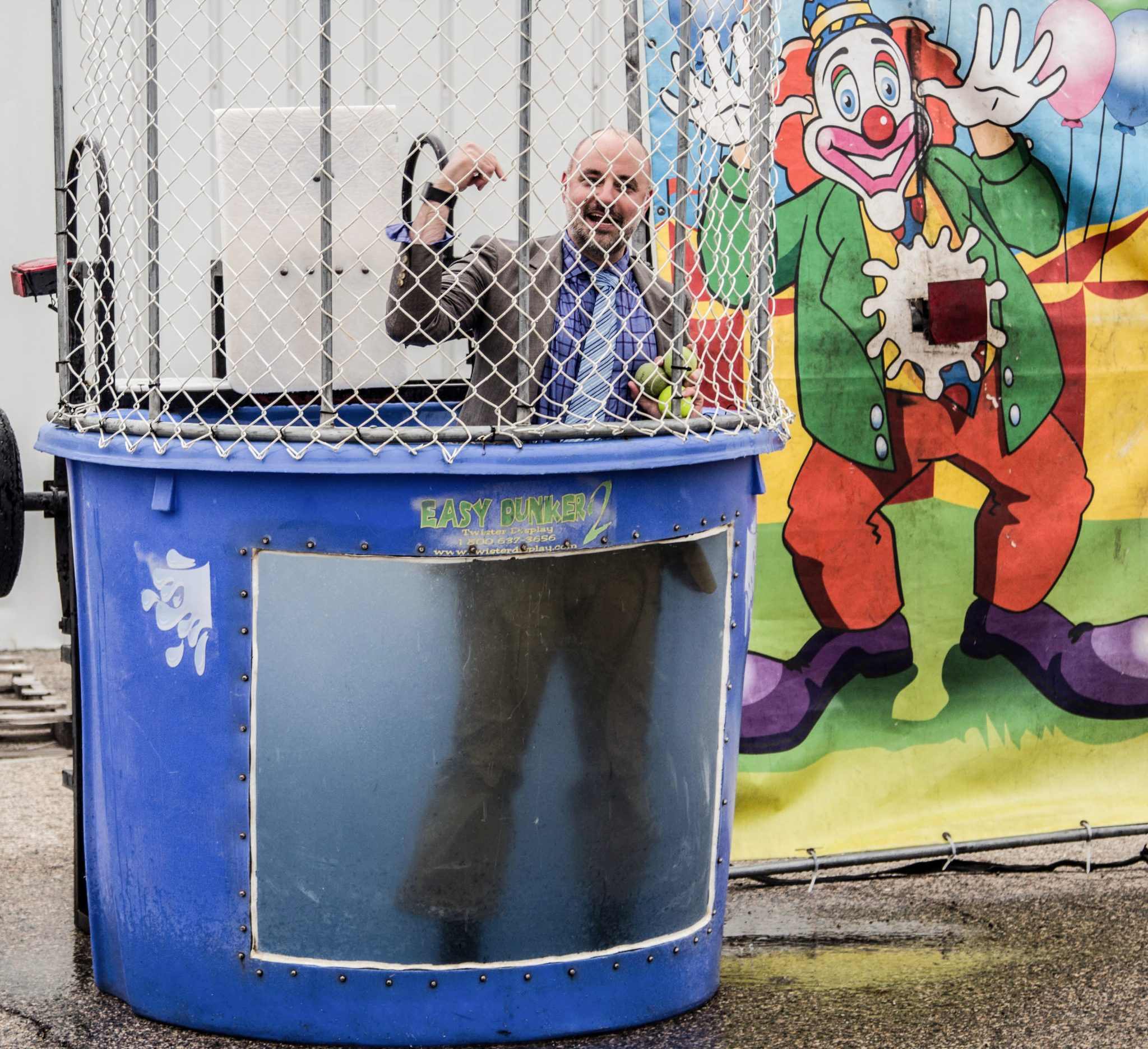 However, they didn’t pack the best clothes for the lake.

What a great week at Camp Giveback. We’re excited to keep giving!