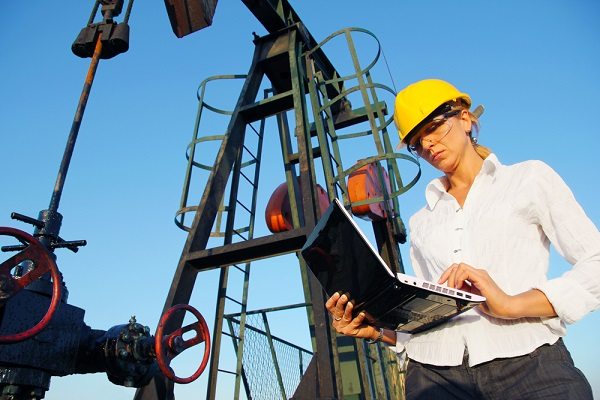 America has prospered from increasing oil and natural gas production in recent years, but a new report from IHS Energy found this rise may end mid-year.

U.S. oil production has been center stage in the global oil arena for about six years due to its historic gains. The industry has evolved, moving away from traditional techniques and toward high-tech and more efficient methods like fracking. Through improved technology, American oil producers have been able to reach areas previously unavailable and produce more resources from each well drilled.

America’s oil industry grew so much it overtook Saudi Arabia and Russia in 2010 as the world’s largest producer of oil and has kept the title ever since, Bloomberg reported. As of April 10, the four-week average for crude oil production was 9.399 million barrels of oil per day, up from 8.228 million bpd this time last year.

In the last half of 2014, oil prices drastically fell. Brent Crude and West Texas Intermediate prices have remained low ever since, making only slight occasional gains. Many have marveled that despite the diminished margins for producers, oil ouput in America continues to rise. But, the boom is likely to come to an end as it’s finally being affected by the disadvantageous prices. Many producers have announced and already begun laying off workers and putting future projects on hold. The momentum of high production is running out, and producers’ actions are beginning to resemble the current global environment.

IHS analyzed more than 39,000 wells in the U.S. and found if WTI prices stay below $60 per barrel, month-to-month production gains may be over soon. The low price means fewer wells will break even below the price of a barrel. For example, nearly 30 percent of new wells in 2014 broke even at $81 per barrel or higher – an amount far above WTI prices. This issue will lead producers to drill fewer new wells this year than they did in 2014, according to the IHS press release.

The industry research firm predicts at the end of the year, the monthly average production of oil in America will be half a million barrels of oil per day above the January average, but only because of growth that occurred during the first half of the year. IHS believes oil production will remain flat during the second half of 2015. However, IHS concedes there’s no guarantee this is the future.

“So much can happen over the course of a year,” said co-author of the report Raoul LeBlanc, IHS senior director of Financial Markets. “If oil prices remain weak and confidence in future prices remains shaken, U.S. production in 2016 could possibly flatten or even decline. But there is plenty that could happen – a recovery in oil prices, lower upstream costs and improved well productivity – that would quickly change the calculus of drilling new wells and reinvigorate U.S. production growth.”