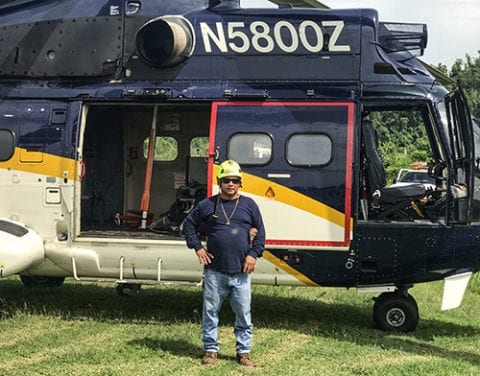 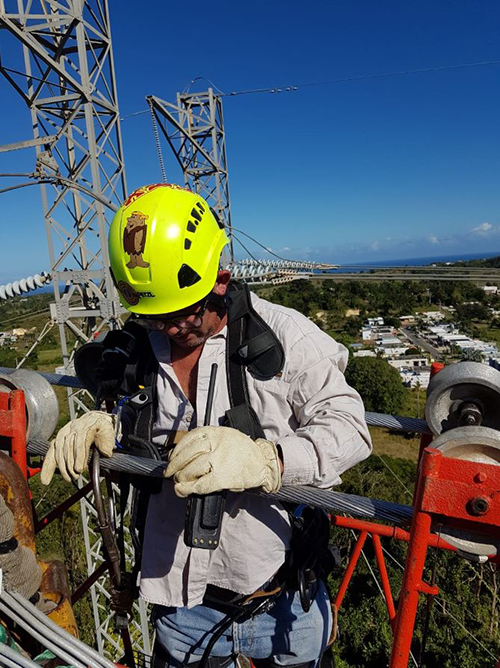 Much of Salvador Torres’ career as a lineman involves working at great heights across Puerto Rico.

“Legends on the Line” is a social media series that stretches from National Lineman Appreciation Day (April 18) to Lineworker Appreciation Day (July 10) in honor of the brave linemen and linewomen who climb above and beyond to power our world.

Dangling from helicopters, maintaining miles of transmission line along mountainous terrain and spending up to 12 hours a day in the blazing Puerto Rico sun – Salvador Torres is most definitely a lineman.

After 23 years on the job, Torres’ tenacity and passion for this largely unsung profession have remained strong for one simple reason.

“I was raised to help my community,” Torres says. “This job is a sacrifice and it’s risky, but I enjoy it every day.”

On this particular day, Torres’ Spanish is being translated by his daughter, Soedie Torres, Border States Accounts Payable Associate, who works out of our Branch Support Center (corporate office) in Fargo, ND.

Soedie and her father don’t get many chances to talk on the phone these days, mostly because Puerto Rico’s power grid and communication infrastructure remain unstable after Hurricane Maria devastated the island in September 2017. Static lingers throughout the call, but the joy in their voices is crystal clear.

For Soedie, it seems like only yesterday that she glanced up at a TV while visiting Border States’ Fargo branch and saw Hurricane Maria descending on her beloved home. It quickly surged to a category 5 and cut off all communications. Three months went by before she heard from her family.

“It was literally torture,” says Soedie, who knew nothing of her family’s well-being during that time. She would later find out that they had to ration food and repair their roof with random debris that lined their street. “I’ve seen hurricanes before, but this one will stick in my mind forever.” 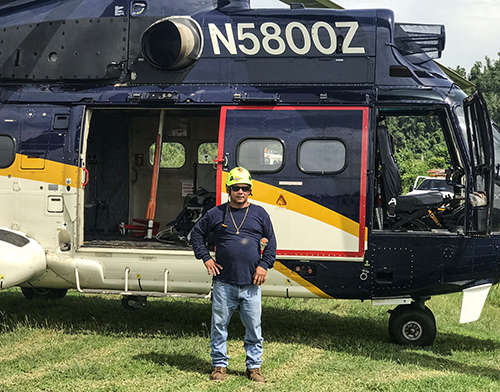 Since many transmission lines run through mountainous terrain, Torres and other linemen often hang from helicopters to perform maintenance.

Indeed, Puerto Rico is still healing from Hurricane Maria. Torres is part of a humble 30-man crew that continues to restore electricity across the entire island. It’s been a challenging endeavor, especially since his group is low on funding and Torres often has to purchase his own tools. His company also struggles to find replacements for recent retirees.

It’s a challenging time, but Torres has hope for the future. Even though being a lineman has taken a toll on his body and his ability to be at home with family, he pushes forward and dreams of creating a better world for those around him. His daughter couldn’t be prouder.

“At times throughout the years, my dad and I struggled with our relationship because he had to be away for his job so much,” she says. “But, we are family and I understand that somebody has to do this work. For the first time in my life, I have a connection with my dad because now we have more in common with our industry.” 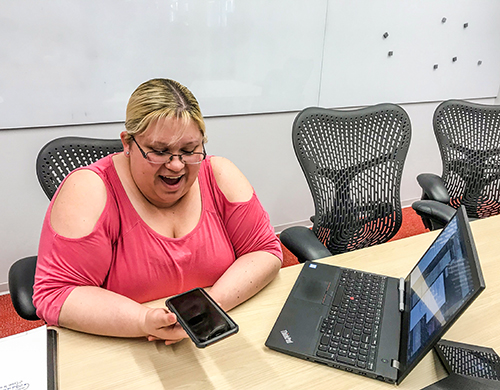 Soedie Torres talks on the phone with her father, a lineman restoring power in Puerto Rico after Hurricane Maria hit in 2017.

For Torres, the feeling is mutual. He’s sad that his work has resulted in lost time with his daughter, but he’s enjoying growing closer to her now.

“I’m proud of my daughter for the role she plays at Border States,” he says. “It’s great that we share the same industry now.”

Soedie has been with Border States for three years and has found a passion for working in the electrical distribution industry, especially since she was able to be part of the company’s disaster response after Hurricane Maria.

“It feels good to know that I’m part of a company that steps up and appreciates what linemen do,” she says. “A lineman’s job isn’t easy. My hope is that people will think about the sacrifices that are made in order for them to have a cold fridge full of groceries for their kids.”

A happy mistake: Retired lineman reflects on a career of camaraderie, service

Walking in their boots: What it means to serve as an electrical lineman