OLEDs, the Future of Lighting? 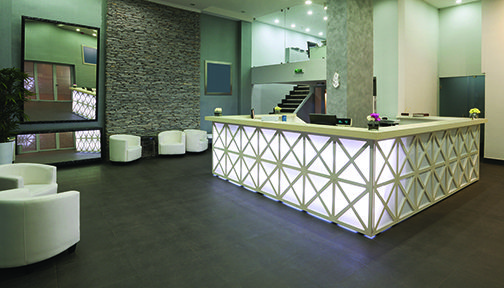 Most utility companies, these days, recommend LED lights to their customers for a wide range of reasons. Compared to traditional technology, LEDs last longer and waste less energy, making them a greater overall value for homes, businesses and any other place they may go. According to the U.S. Department of Energy, residential LEDs use at least 75 percent less energy than incandescent lights, while lasting nearly 25 times longer.

Technology doesn’t cease to advance however, and new developments signal greater improvement in the environmental friendliness of residential lights. Organic light-emitting diodes, or OLEDs, are considered the next step in the evolution and the advancements could be a game-changer for utility businesses. CNET reported that OLED is a premium version of regular LED lights, shining brighter while using less energy.

“We believe that OLED lighting has the potential to dominate many of the residential and commercial market applications,” Darice Liu, a spokeswoman for Universal Display, an OLED manufacturing company, said to CNET.

OLED lights currently come with a higher price tag, but the cost will likely go down as more companies embrace the new technology. The lights can last up to 40,000 hours, well past the time an incandescent light would go out, making them cost-efficient in the long term.

Their names are similar and both help reduce energy, but LED and OLED lights are not the same. LED lights are small and provide directional light, helping illuminate a specific area of a room or outdoor area. OLEDs, in contrast, are flat, meaning they can provide ambient lighting to a wider space. LEDs are also brighter, meaning they can provide some glare. OLEDs diffuse the light, allowing people to look directly at them without needing to shield their eyes, Veolia Lighting stated.

“As OLED advances in performance, continues to decline in cost and takes shape in flexible forms, this technology will continue to advance lighting design and what it can do to enhance the spaces where people live, work and play,” Jeannine Fisher Wang, the director of business development for Acuity Brand, said to Veolia.

With different capabilities than LEDs, OLEDs also have different uses. Utility companies may not see many of them inside homes, but they are useful in many businesses. The lights are becoming increasingly popular in the architectural lighting market. OLEDs are also used in display markets, such as electronic signs, and in automotive markets because of their higher efficiency compared to traditional lights.

It is unclear if OLEDs will ever overtake LEDs in popularity, but the market is growing. UBI research approximated that OLEDs will do around $82 million in sales in 2015, a solid amount but nowhere near the total of LEDs. By 2020, however, OLEDs should account for more than $4.7 billion of the lighting marketplace.