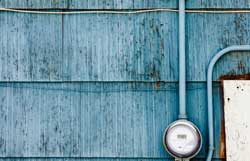 This is the first installment of Making the Case for Advanced Metering Infrastructure.

Deploying an advanced metering infrastructure (AMI) system is a large investment and commitment to a technology road map that will impact utility operations for many years. Making the proper choice here can either help or hinder future distribution system improvements.

What do you look for in an AMI system and how do you justify the expense? The answer depends on the utility’s specific situation.

Throughout the next few weeks, I’ll take a high level look at some key benefits and pitfalls associated with AMI deployments and their integrations into other utility systems.

Small and large utilities have different strengths and challenges. The smaller the system, the easier it is to maintain insight into the general health of the distribution system. However, employees are often required to serve as experts in several differing roles.

The larger the system, the more likely a utility is to have a more diverse skill set ranging from linemen to IT professionals. Unfortunately, it’s also more difficult for personnel to keep their finger on the pulse of the entire system. Given these individual situations, a properly chosen and deployed AMI system can look differently from location to location.

It all depends on the specific needs and long-term technology goals at that utility. Choosing and deploying an AMI system correctly and with an eye to the future can create operational efficiencies and provide for improved system reliability for years to come.

Let’s kick the series off with a brief look at some basic requirements.

Collecting and processing monthly meter reads is a primary purpose of any metering system. This sometimes became the blinding focus of many metering companies and led to a number of system designs that were best suited to simply read meters once a month.

When an AMI system was designed to occasionally read meters, doing anything time critical over that network or with that data (demand response, distribution automation, outage management, etc.) is often disappointing.

Successful manufacturers in this market modeled their systems after proven concepts already used by the IT industry. This means considering many meters, load control switches and other endpoints as devices that not only return a reading when asked, but provide unsolicited messages of real world events as they take place on the system.

Meter data needs to be more than a number on the bill to make financial sense. The data has to be fast, dynamic and actionable.

If your proposed AMI system is capable of providing unsolicited data and alarms, it greatly increases in value when you pipe that data to a SCADA or outage management system down the road.

An MDM system is sometimes necessary depending on a utility’s intention with the collected data. Collecting the large amounts of data captured by modern smart meters can be problematic if specific rules and guidelines aren’t defined for the archiving of this data.

An MDM provides a method for long-term data storage and the subsequent on-demand retrieval of this data for later evaluation. It should be noted that not all utilities with an AMI system require an MDM at all.

In fact, many AMI systems are now capable of performing many of the tasks once limited to those systems.

According to several sources, customers have stolen power for decades, costing utilities 1 to 3 percent of revenue or about $6 billion industry-wide each year. This phenomenon is even harder on utilities in tough economic times as they struggle with decreased sales and higher theft rates.

Look for a solution able to both compare total delivered power from the substation with the aggregated meter totals to isolate power theft. You get bonus points if it has a built-in graphical, map-based interface to quickly identify stolen and swapped meters.

It is very closely tied to AMI because it so naturally fits within the same communications infrastructure such as a mesh network. But many manufacturers have fallen victim to some bad assumptions regarding what a load control device should do. In short, they need to be more than on/off boxes.

The software running the load control event also needs to be somewhat smart by allowing meaningful integrations into other systems such as substation metering or a SCADA system (for peak based control) and the utilities power provider when purchased power contracts require demand response coordination as a condition of the agreement.

Demand response can be a key differentiator when creating the business case for an AMI system, but it also has the potential to handcuff a utility if overlooked.

If you’re considering a comprehensive AMI system, make sure you know what questions to ask before it’s too late.

Stay tuned as this series continues and reach out to your Border States representative or me for a discussion on your long-term technology needs.